I woke up before Garry cranked the anchor on this day. I didn’t really sleep much due to the halibut we hadn’t found from the day before. I felt robbed. It sucks when you do everything right and things still just don’t work out, but that’s how things go sometimes. Garry wanted to look for the halibut again this morning first thing. There were a couple of scenarios for what happened the day before. We were optimistic and going with the hopes that the fish had just held the buoy down and was back to the surface by now. There was an eeriness about the sky that morning. 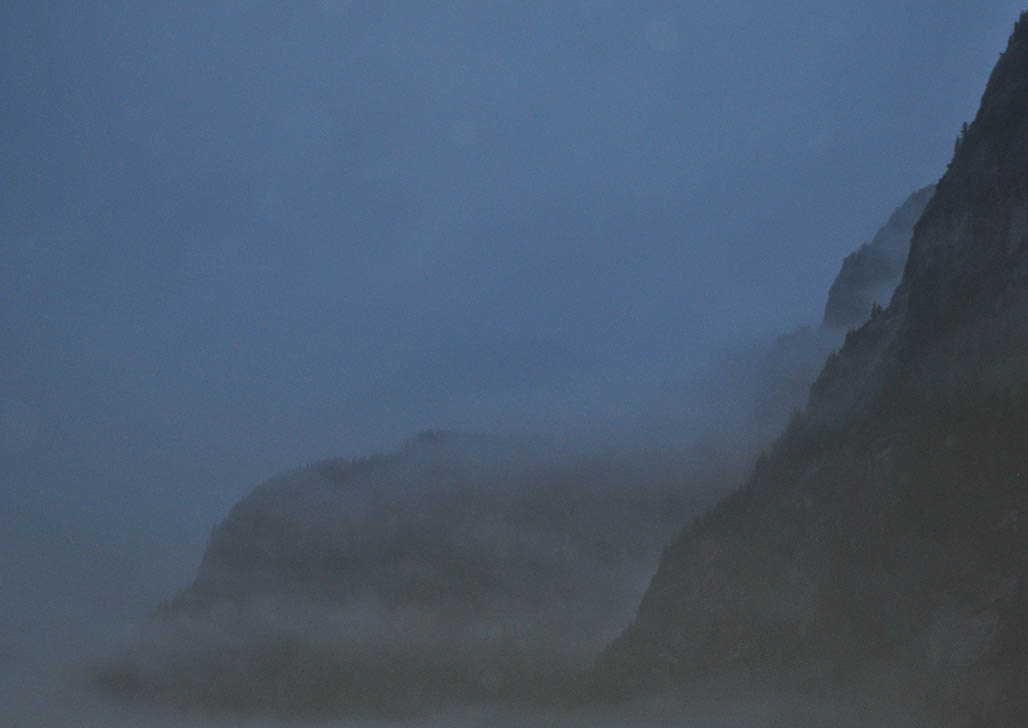 Before setting off to look for the halibut, I had to teach Garry how to fly fish using his mouth. Clearly he’s an amateur… 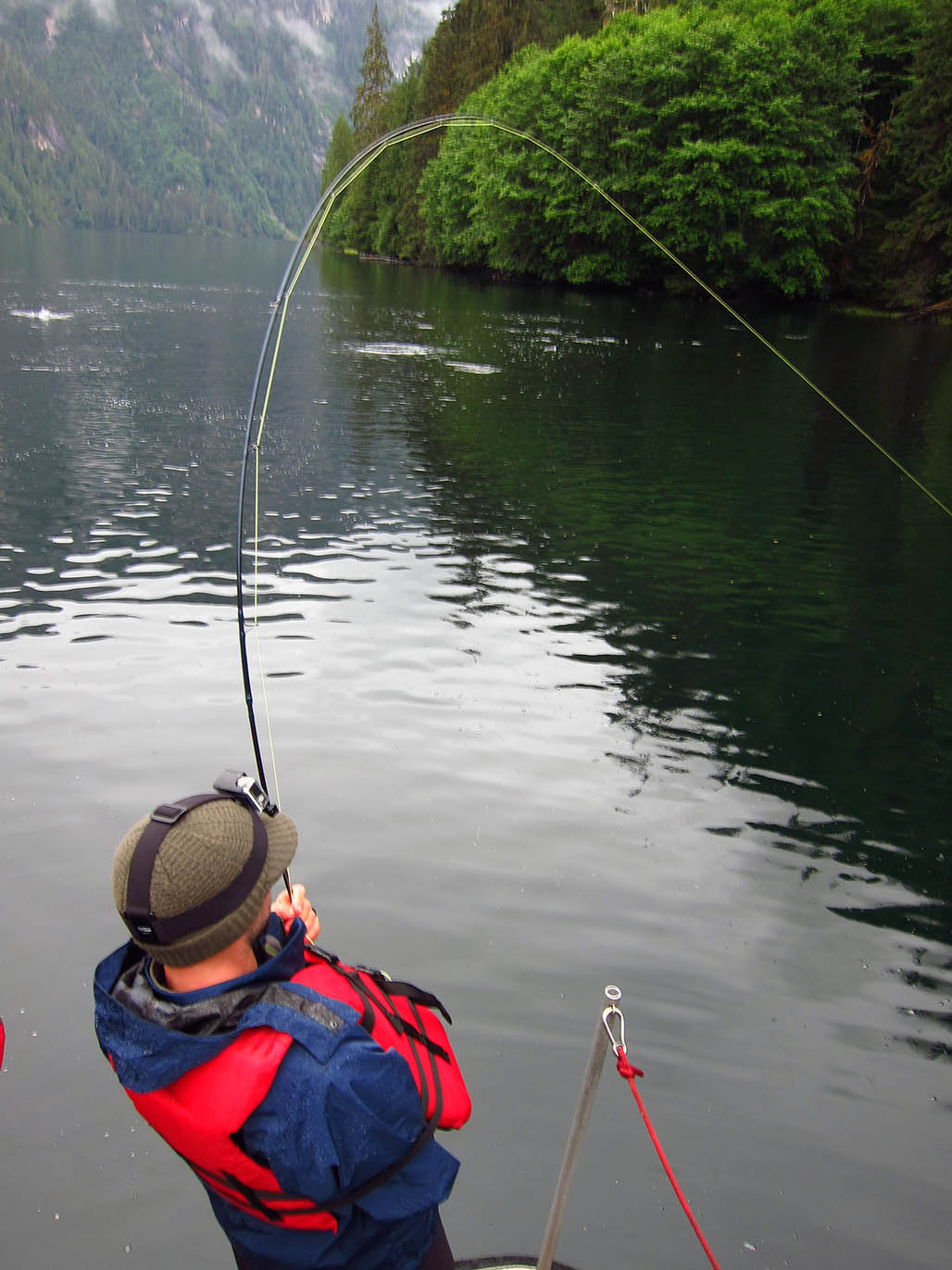 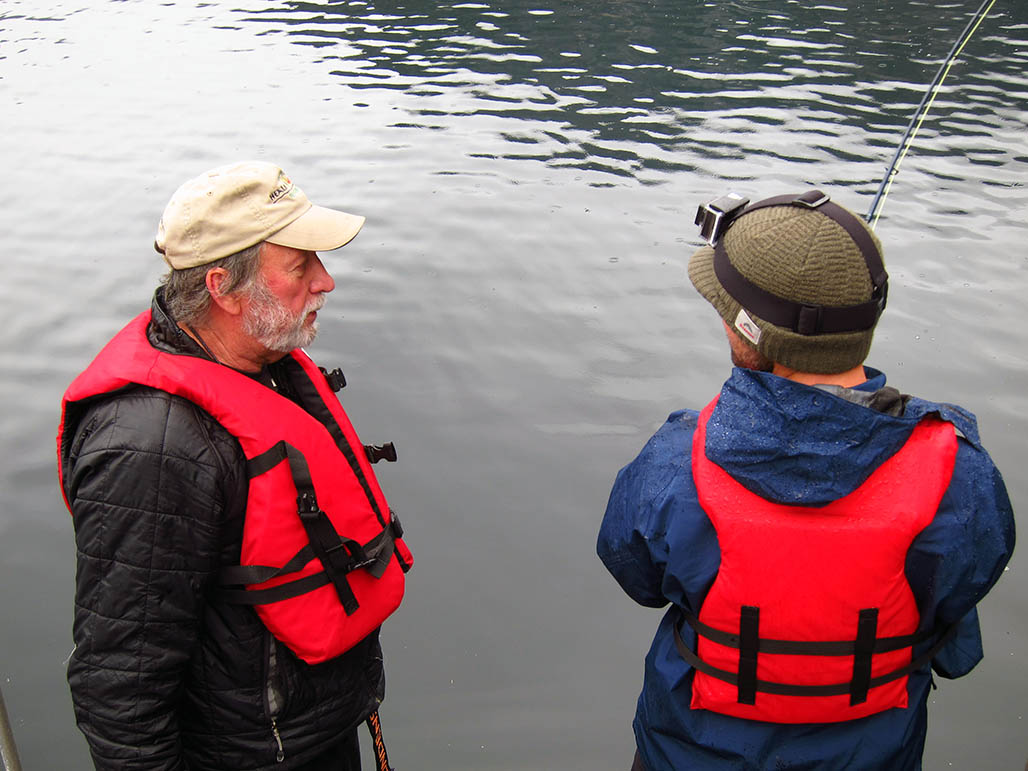 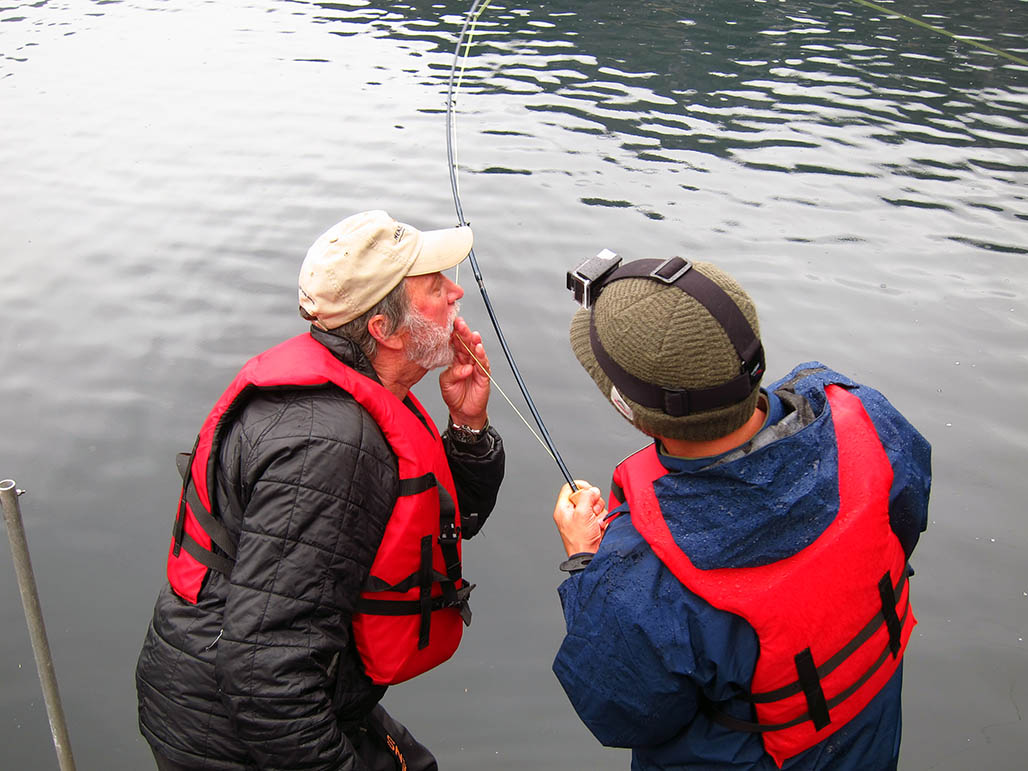 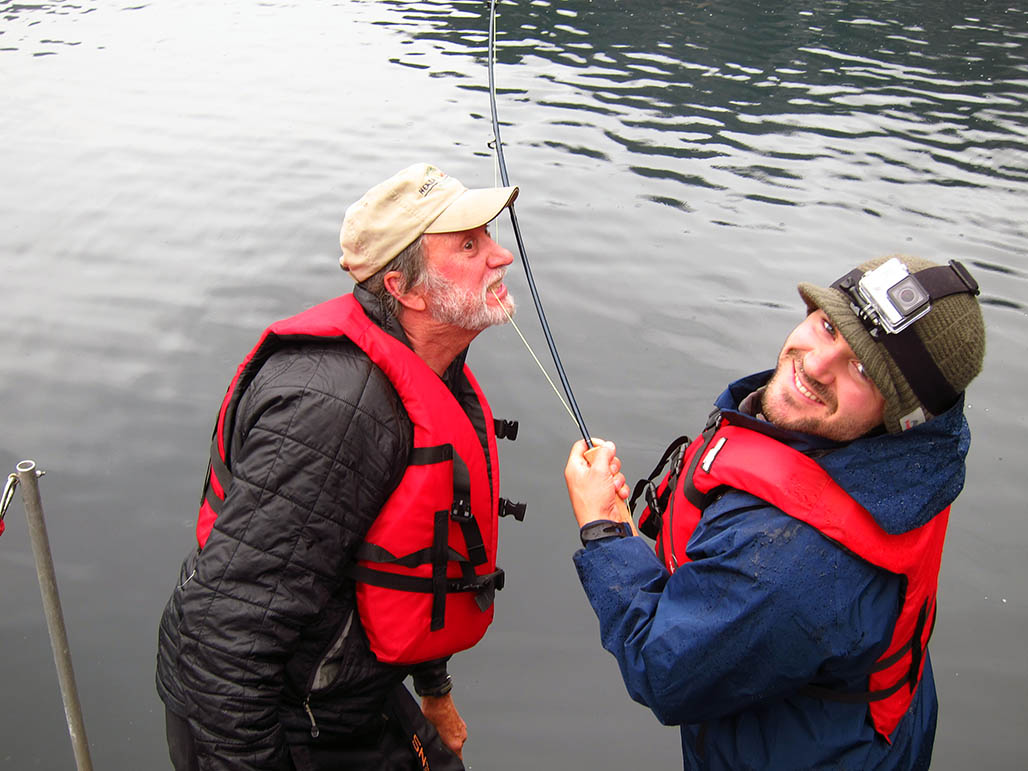 We looked for a couple hours, and in that time, the weather was really setting in. We were supposed to meet up for breakfast with some dear friends of Garry’s, but Garry just couldn’t give up on it. So he called a float plane in to take us to Garry’s friends Gary and Virginia Powell. It was pretty cool seeing stuff we’d passed from a higher perspective. 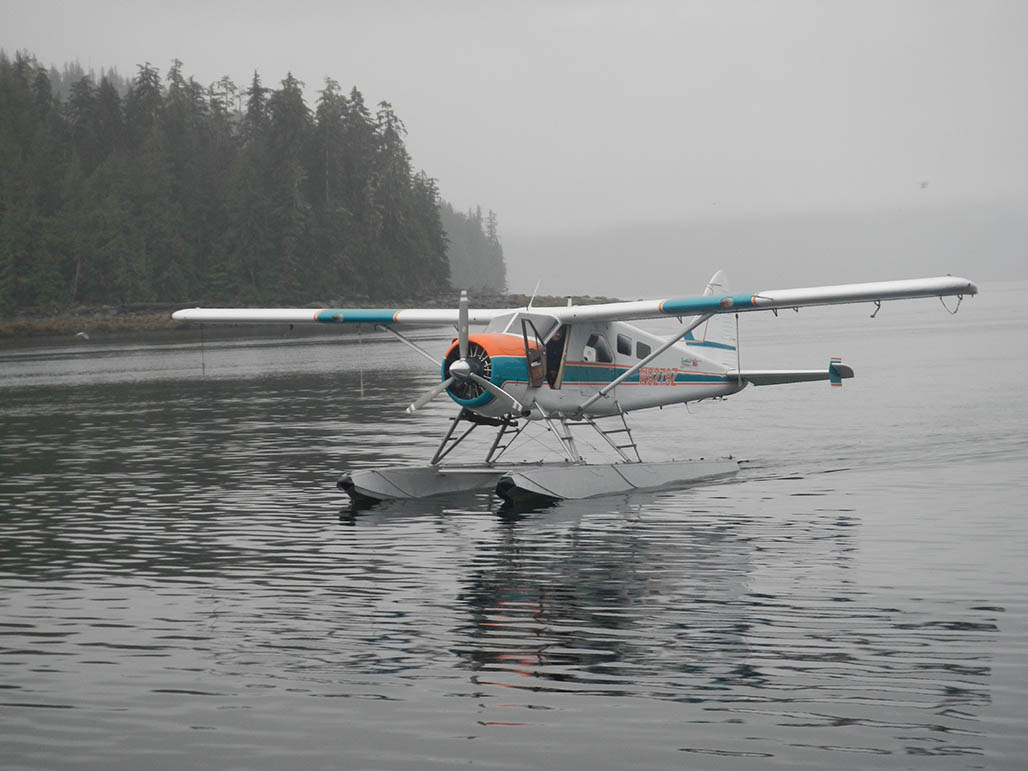 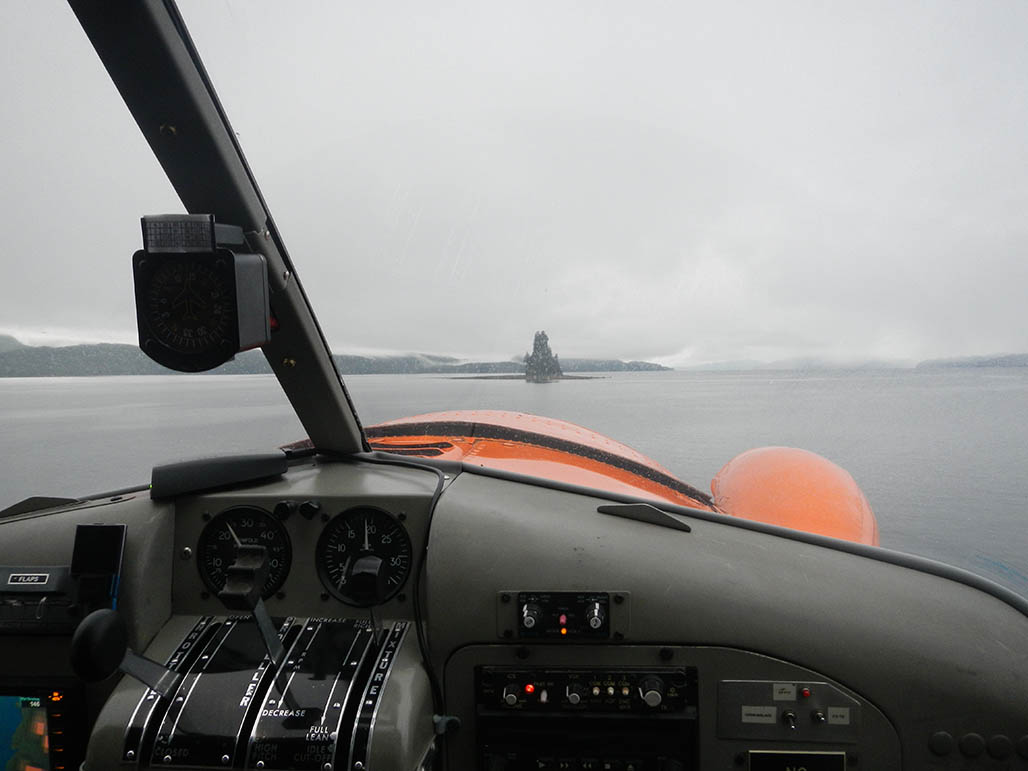 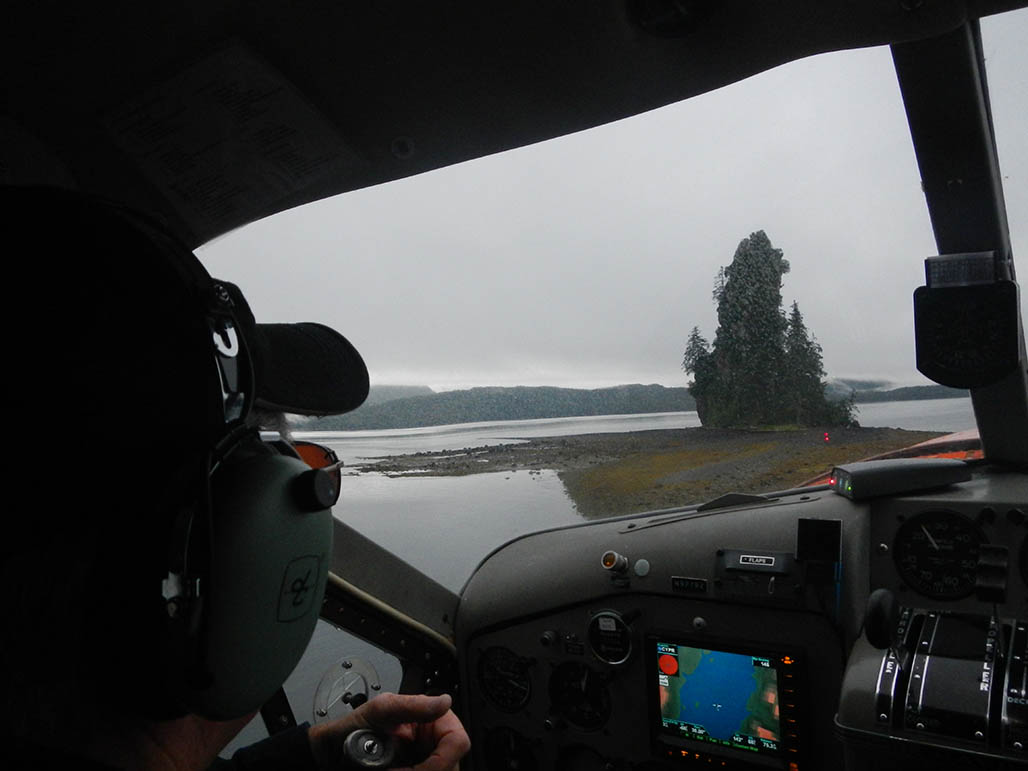 Up to this point, everything Garry had told me had turned out to be accurate. So when he said the Powells were some of the nicest people I’d meet, I felt confident that would be the case. Gary Powell was a PHWFF participant and he and his wife have since become such believers in the program that they bought a house in Ketchikan to help Garry Morfit with his Healing Towers program. They call their place Healing Waterfall. I think it fits… 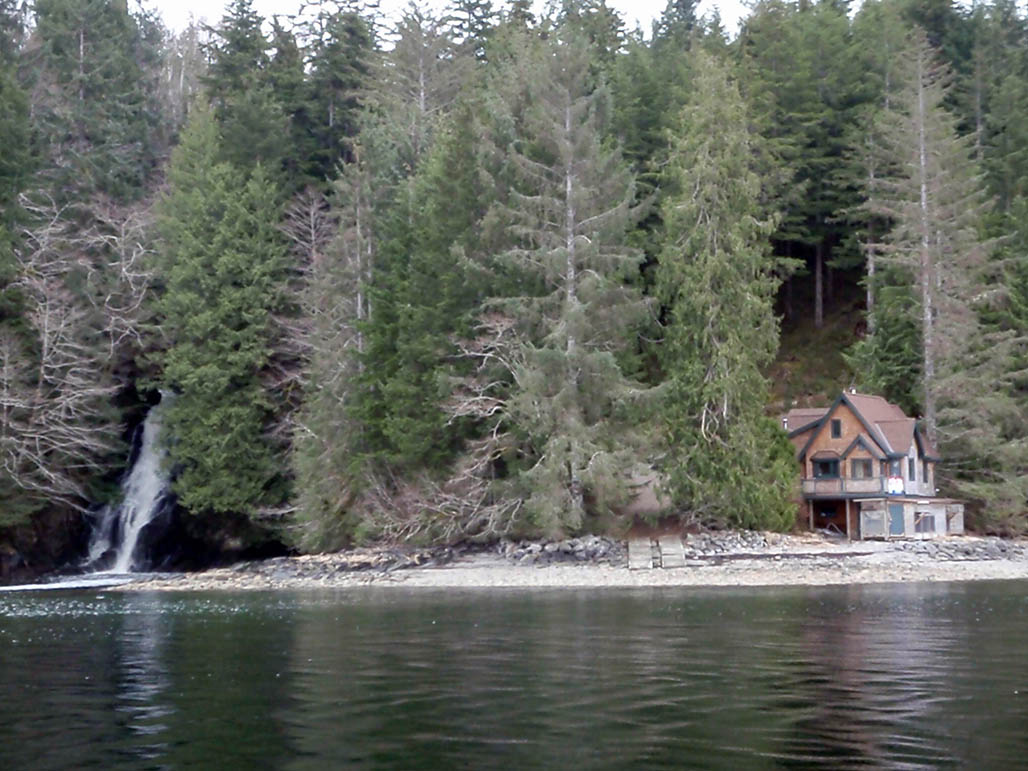 I know. Instant jealousy, right? This house was so perfect. And the smell that filled the house as they prepared an amazing home cooked breakfast made us feel so welcome. There was an instant at home comfort felt by all. Their hearts were pure and it radiated. 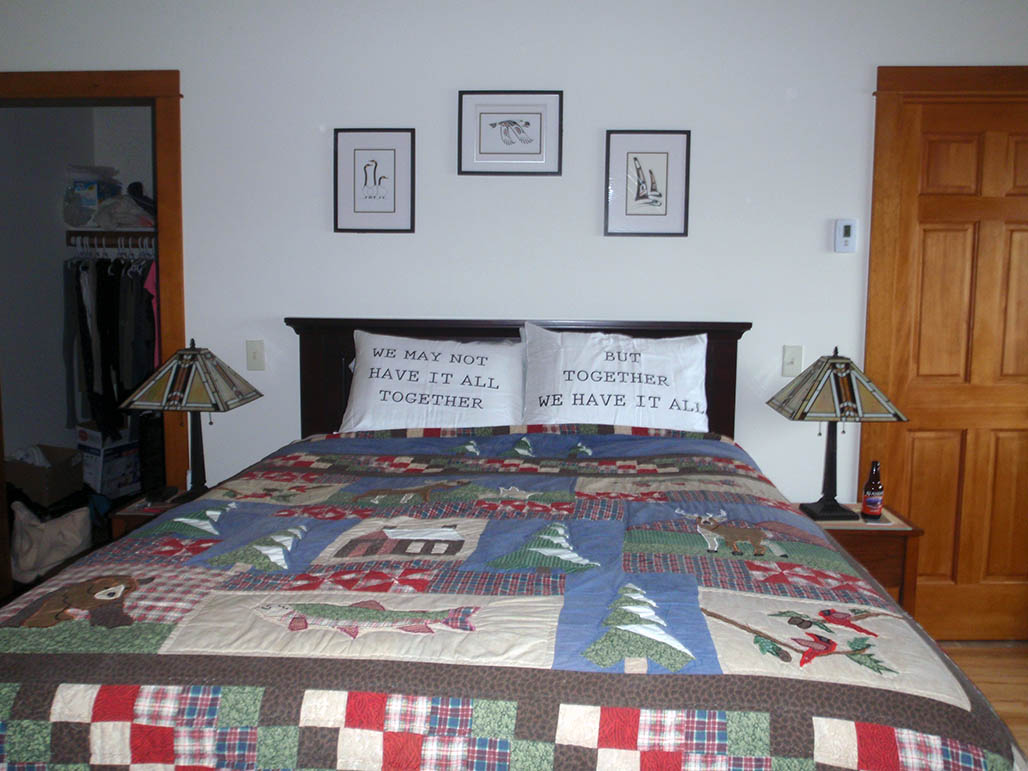 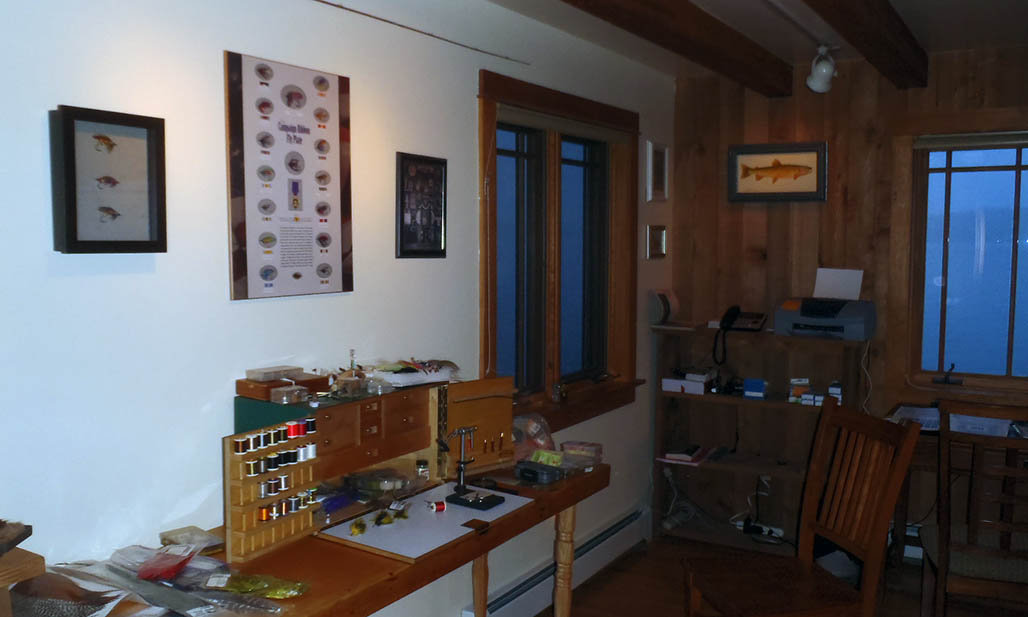 While there, we met a few other people that would be fishing the same route we were halfway through with, only in the reverse order so we could all spend a couple days together. The vet, Army Captain Flip Klein, was going to be fly fishing for the first time since losing his arm and both legs. Here’s a pic of Virginia, Flip and his brother. 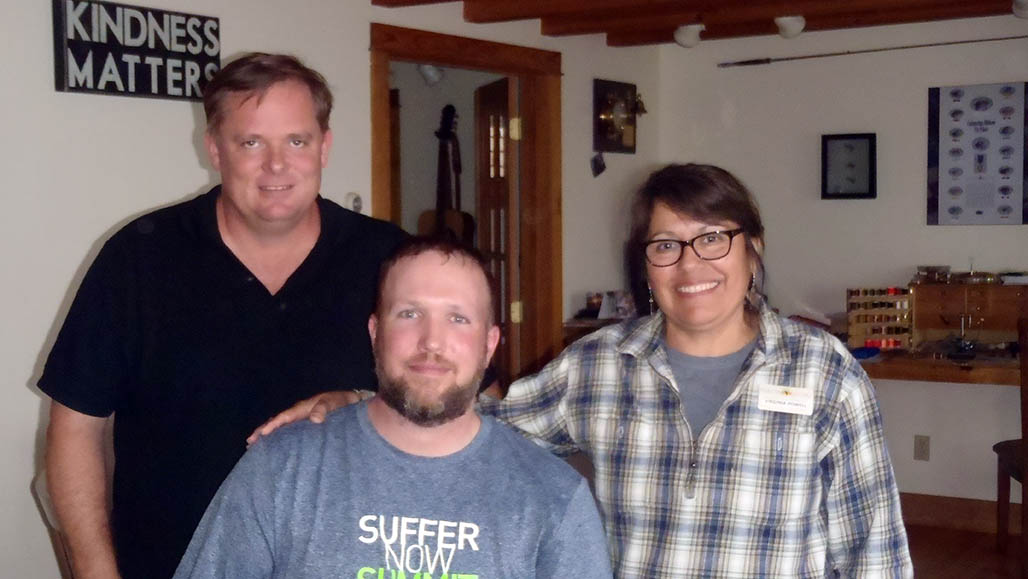 The view from their couch was mesmerizing. This is from what they call “the outdoor channel”, an enormous window overlooking the water. 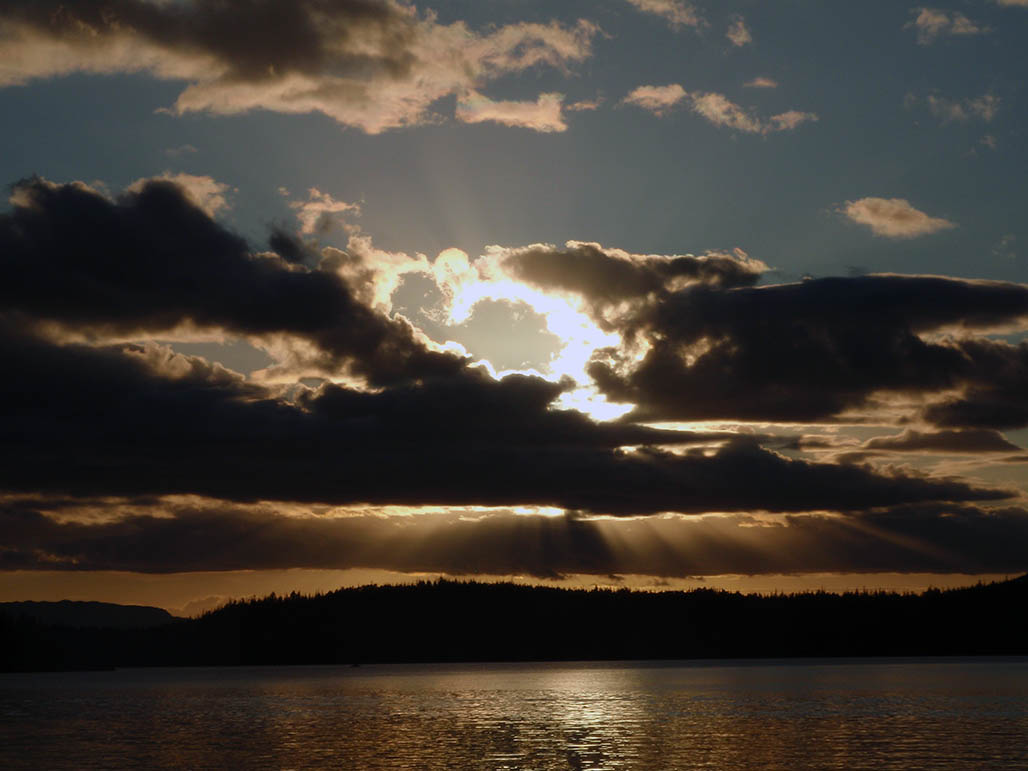 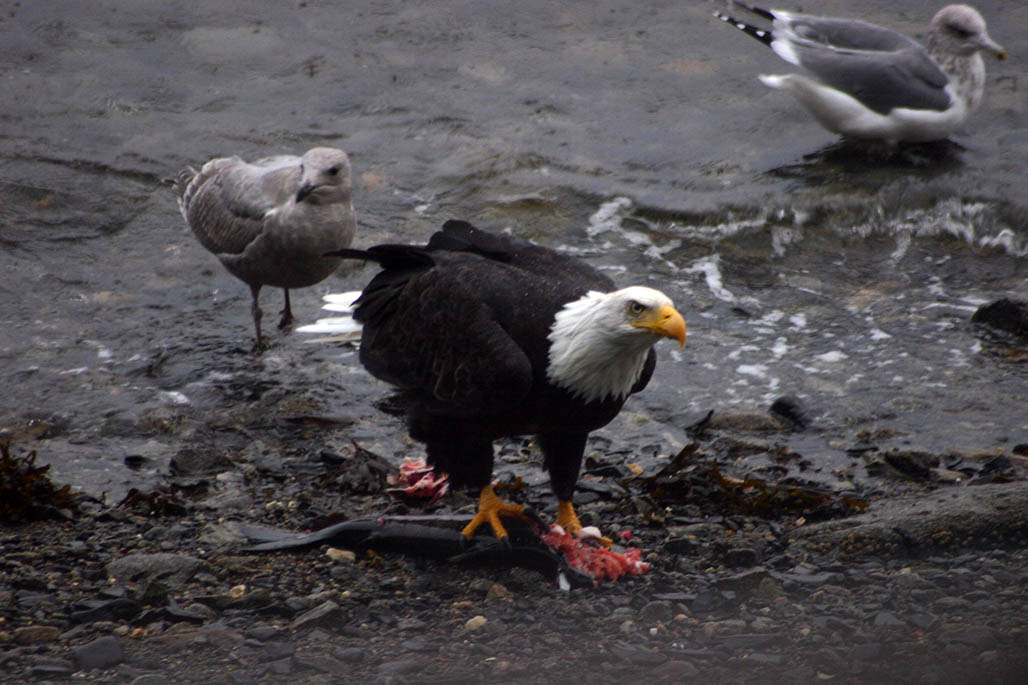 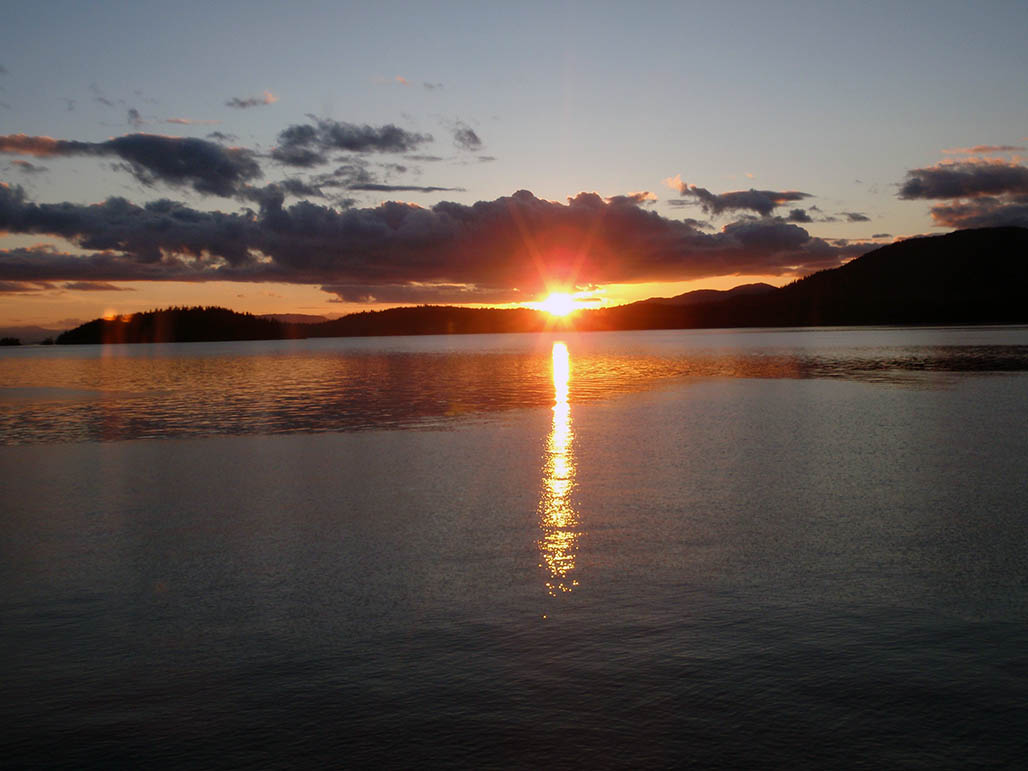 It was so nice to be able to talk to Lisa and Emma Jo.  I hadn’t had any communication with them in days. It’s amazing how much you really miss your family when you can’t talk to them. We take things like that for granted on a daily basis. little reminders like that are good to keep your thankful. I can’t even imagine never being able to talk to my best friend or kids again.

One volunteer and I hit things off in a hurry. Mike Chesney, who started as a participant as well, was a medically retired SF. For those of you who may not know what that is, he was a Special Forces mack daddy. He was a great guy and we had a lot in common. After filling our bellies and passing out on the couch, Mike took us by boat to the infamous Healing Towers. Finally! Riding up to it was indescribable. It sat so high on a steep cliff, you couldn’t help feeling like it was something mystical. 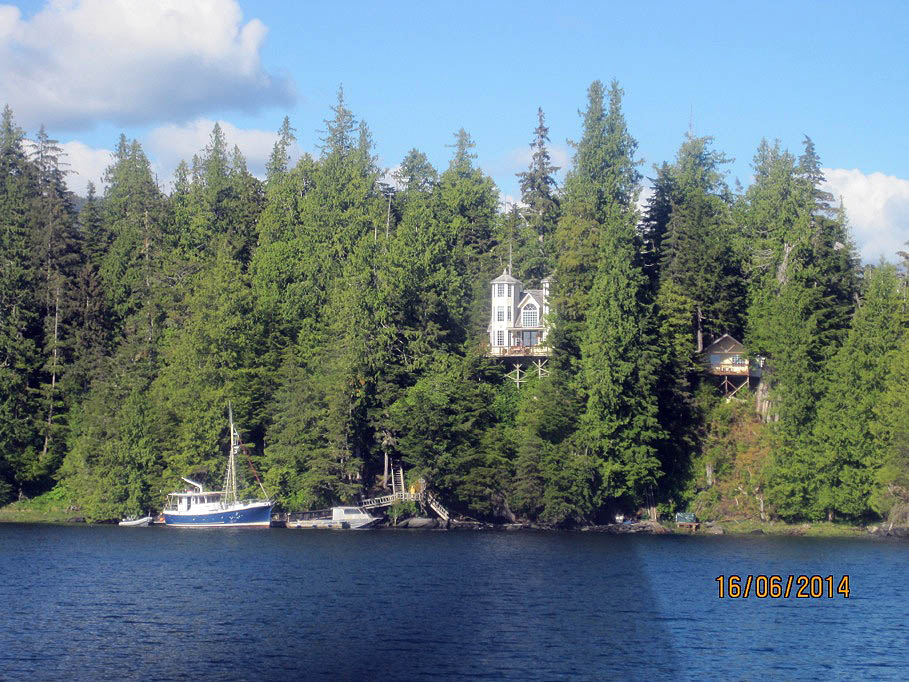 The walk up was, slightly steep. 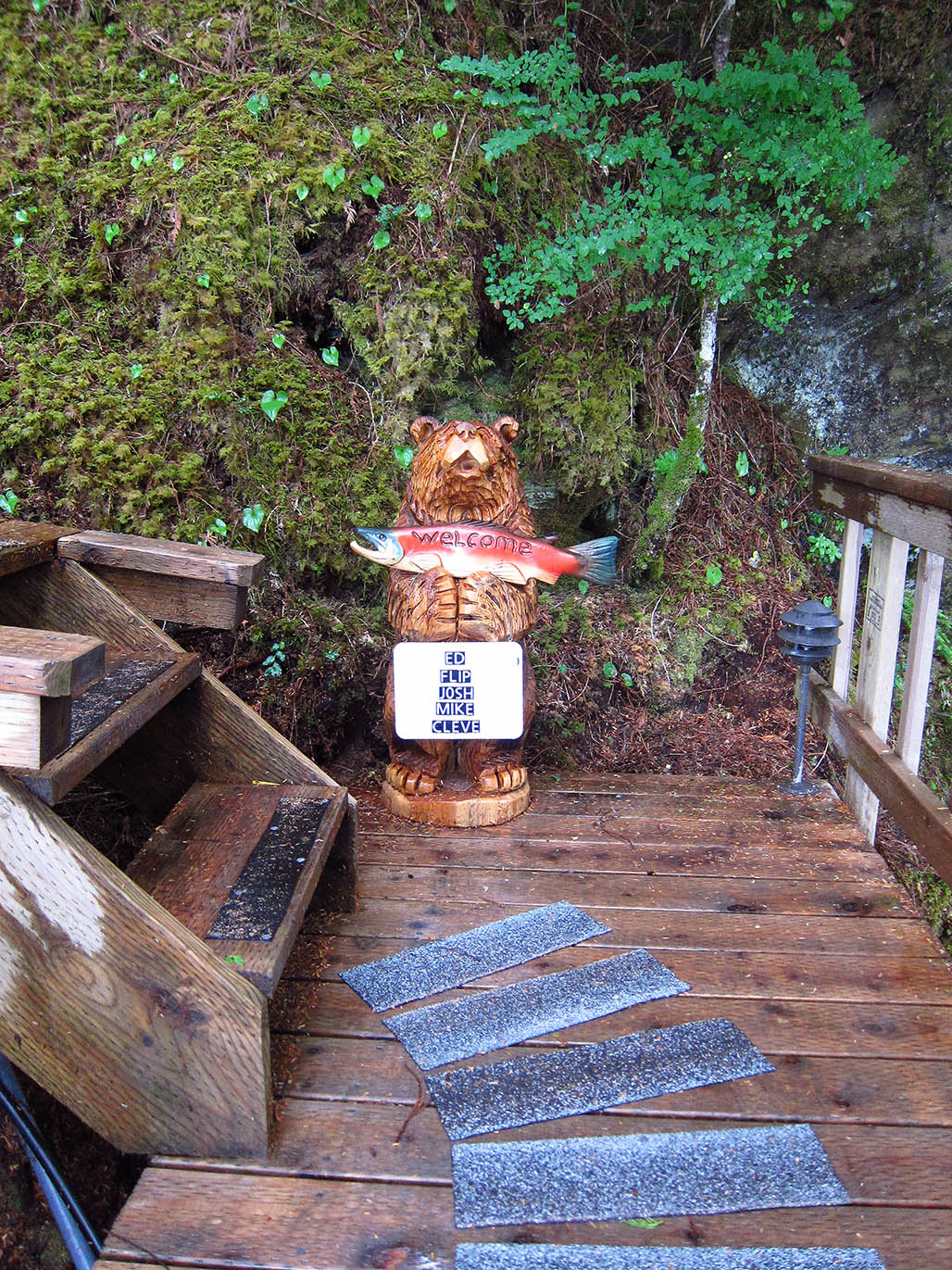 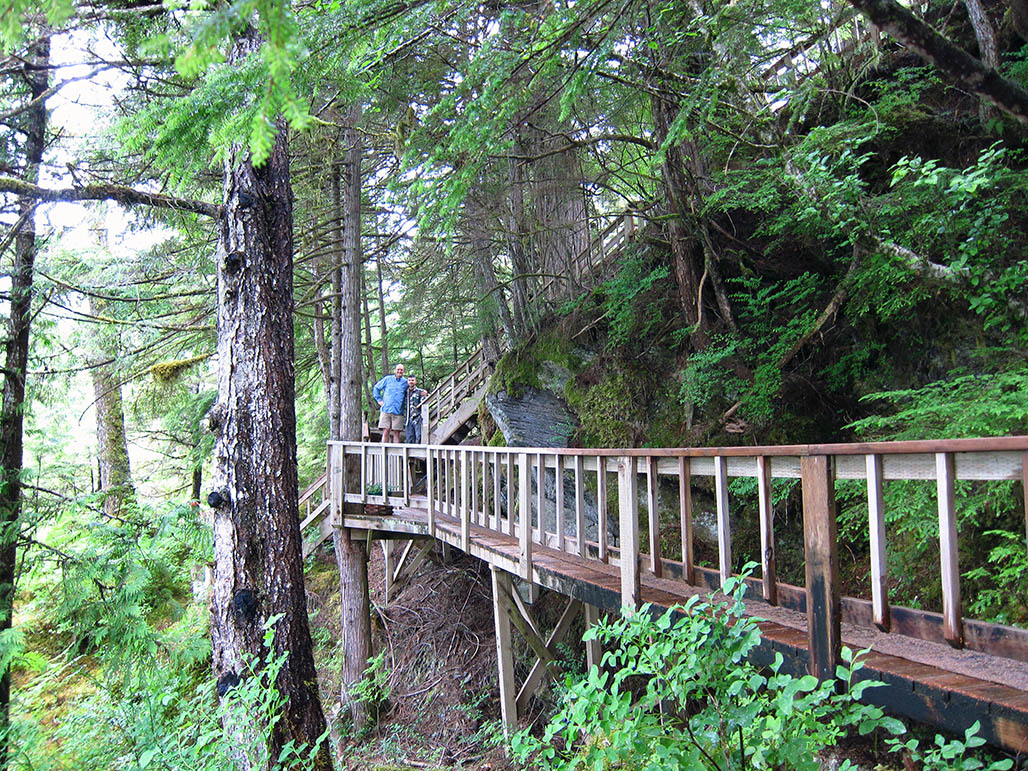 When we got to the door at Healing Towers, Garry’s girlfriend Susan and Mike’s wife Stacy welcomed us with more incredible food. I love food so much. We hung out there for the remainder of the day and just rested up and enjoyed conversation. 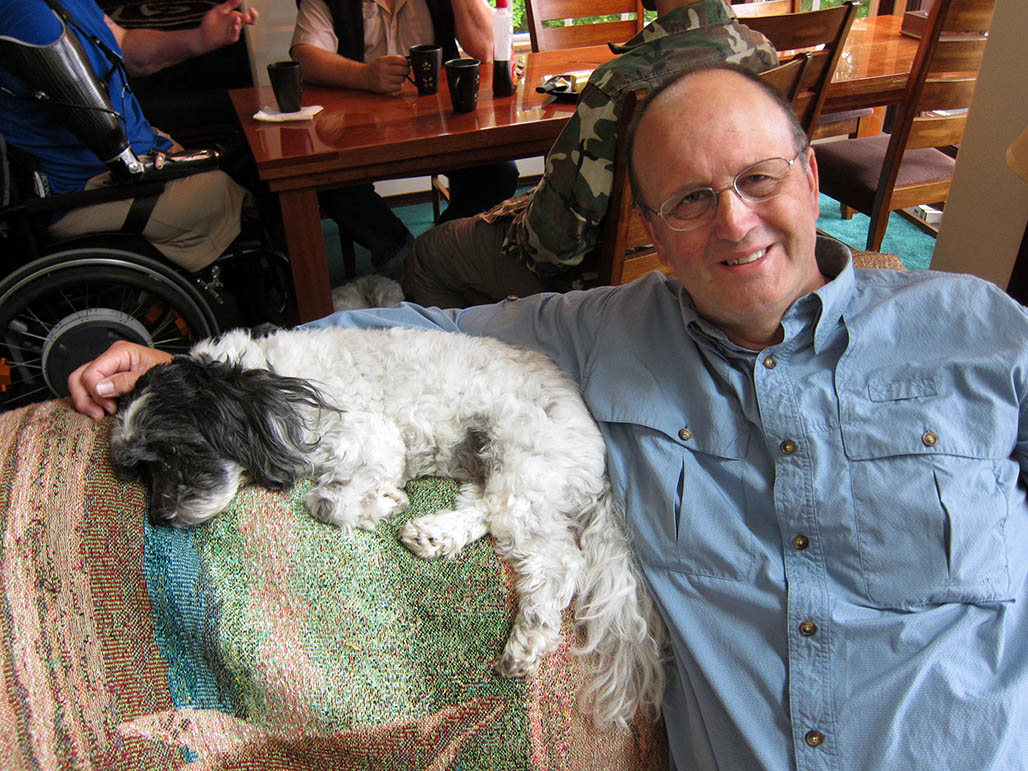 We took a tour of the house and the guest house. The guest house was actually done by participants turned family as well as local friends that have become a part of this Healing Towers program helped build. What they’ve done there is truly amazing. 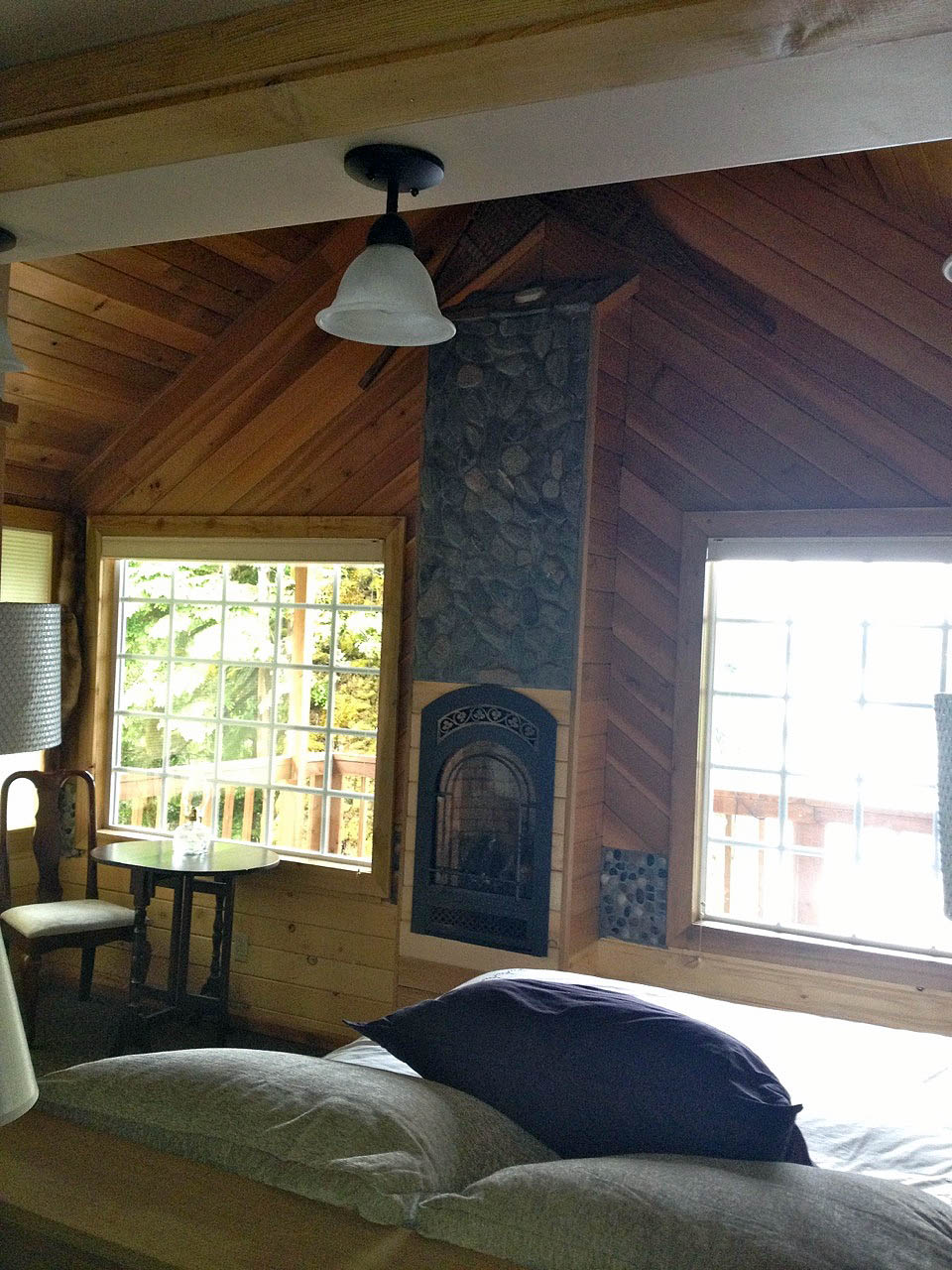 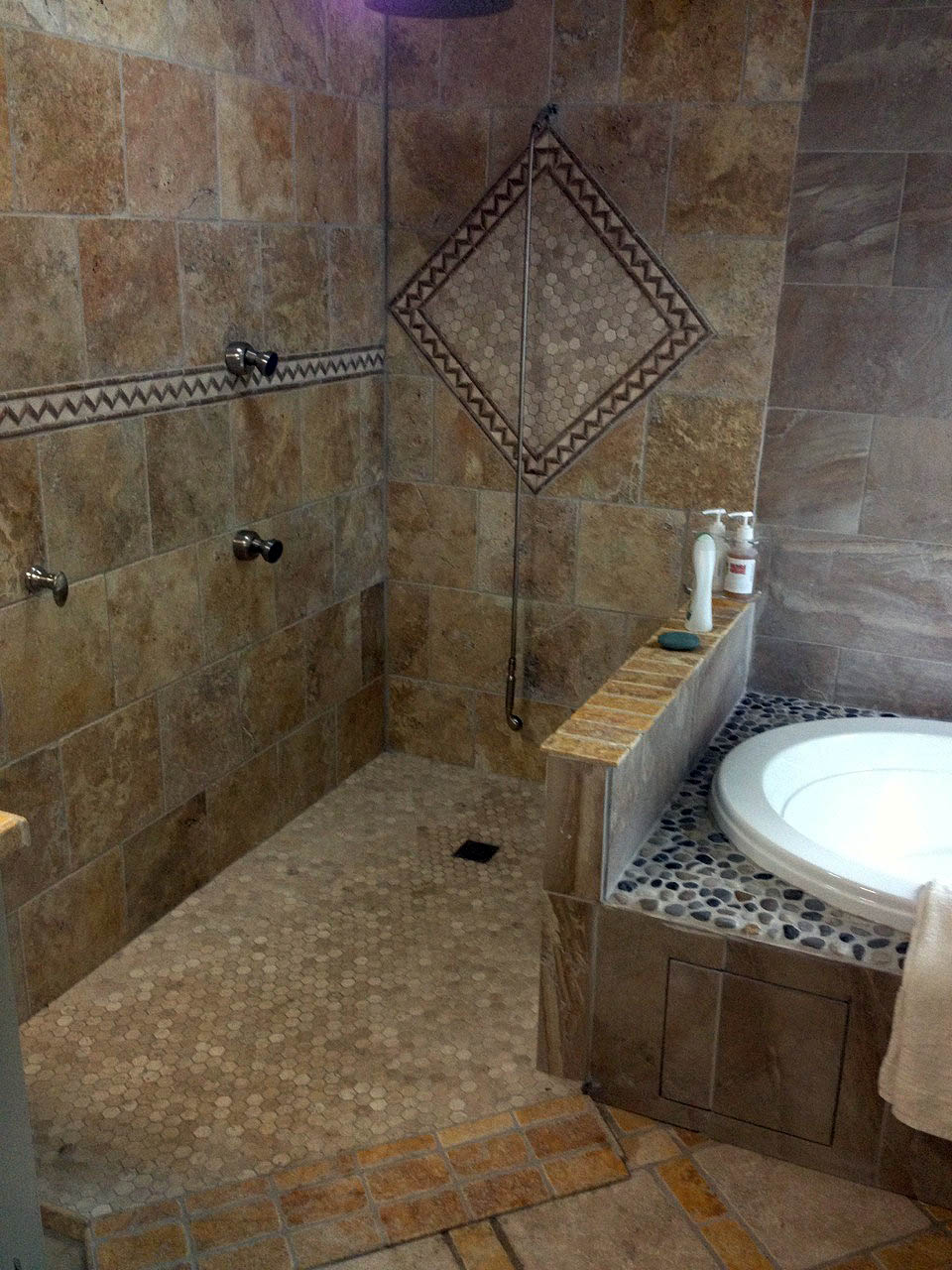 Garry showed up later on, without my flipping halibut. But we had an absolute feast, and still had the halibut footage; I’m thankful for that. We headed back down to the dock and slept in the HRB once again.