We woke up on a little later this last day. Since we were docked and in no hurry, the usual anchor motor alarm was on snooze. Ed, Cleave and I all got up at the same time and headed up the steep and intricate stair path leading from the dock to Healing Towers. We got slapped in the face as soon as we entered the house with the heavenly aroma of Susan’s and Stacy’s breakfast feast. At this point, I’d already gained every bit of 5 pounds on what I initially assumed to be a trip lacking in big meals.

While everyone was trying to recover from breakfast, Garry asked me if I wanted to ride along and check out a river mouth to see if they were staging yet. Of course he knew the answer to that question, so we headed down to the dingy. We casually grabbed a rod, some flies, and my GoPro. This was going to be a quick trip, but you can’t exactly ride out to look for salmon and not bring a rod. That’s just silly. The water was smooth as ice this morning. 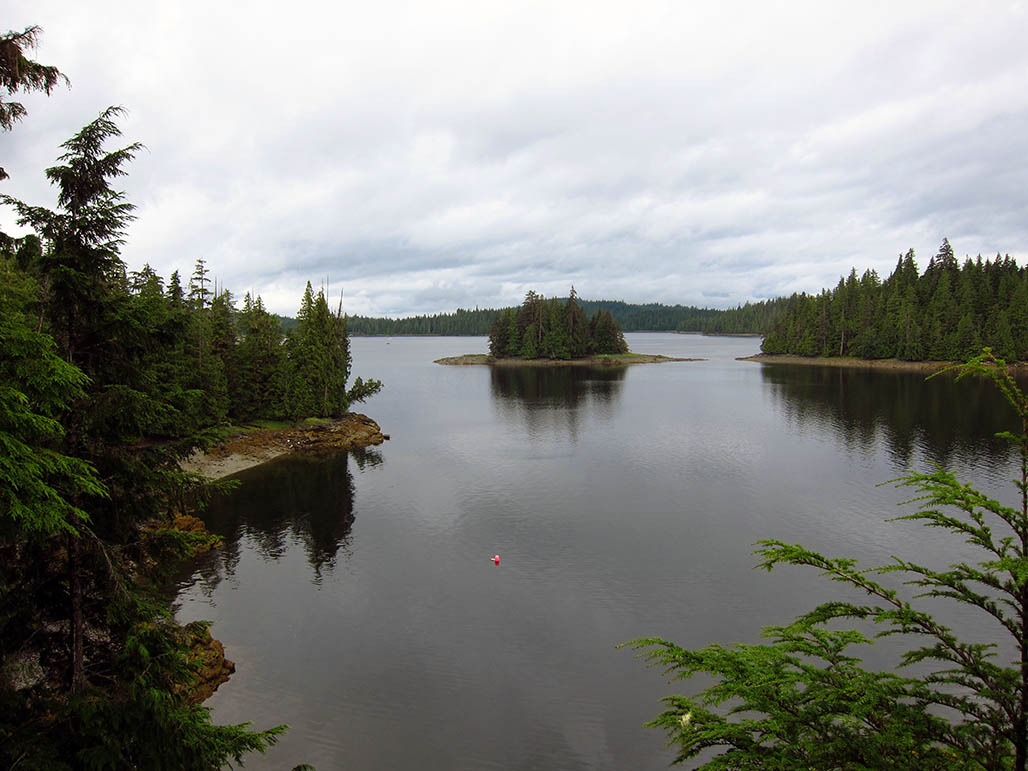 When we got to the mouth, we were both in awe. I’m pretty sure all of the salmon residing in the Gulf of Alaska were in our presence. I started casting and catching, over and over. I had the permagrin thing going like a pro. Eagles and bears were out and about and life was good. Then something happened. The unexpected. The Sage I was using snapped at the second section. I must have looked like Emma Jo when she pops a balloon. Pure defeat and confusion. But Garry laughed and said, “You told Lefty you’d be taking his name when he died, right? Better learn to cast with the tip section like him!” I laughed at the reminder of that first meeting with the infamous Lefty Kreh and decided to give it a try. What happened next was quite possibly the coolest thing I’ve ever experienced while fly fishing. Sit back and enjoy…

Totally forgot a net… After that insanity, we called it quits. Nothing could have happened to top that and we knew it. We headed back and grabbed the crew for a trip back up to this overpopulated run. We took two boats this time, and I was with Mike, Flip and his brother. Before long, Flip was casting out to the salmon with ease. It was great to see it click with him. We had a great time. 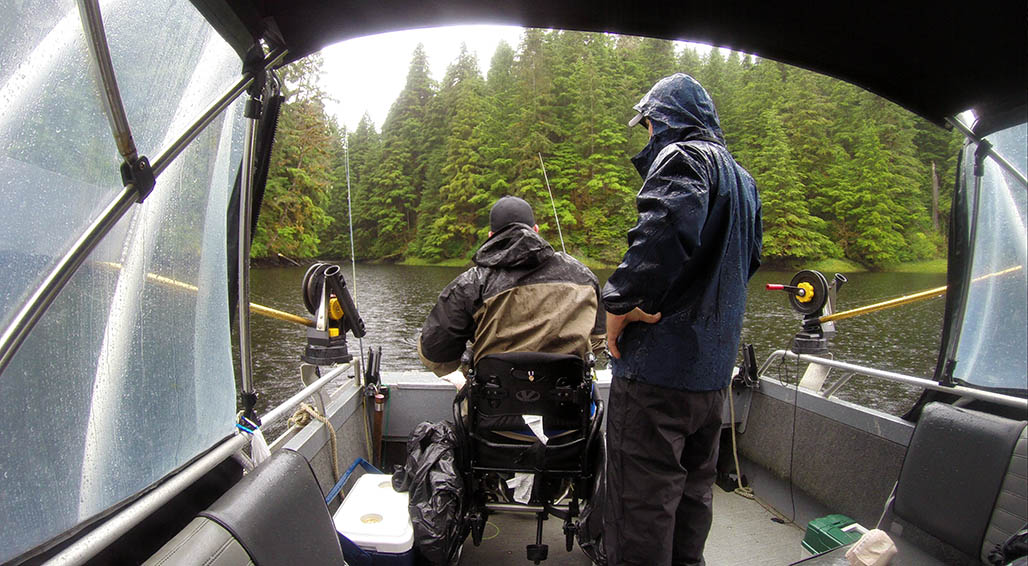 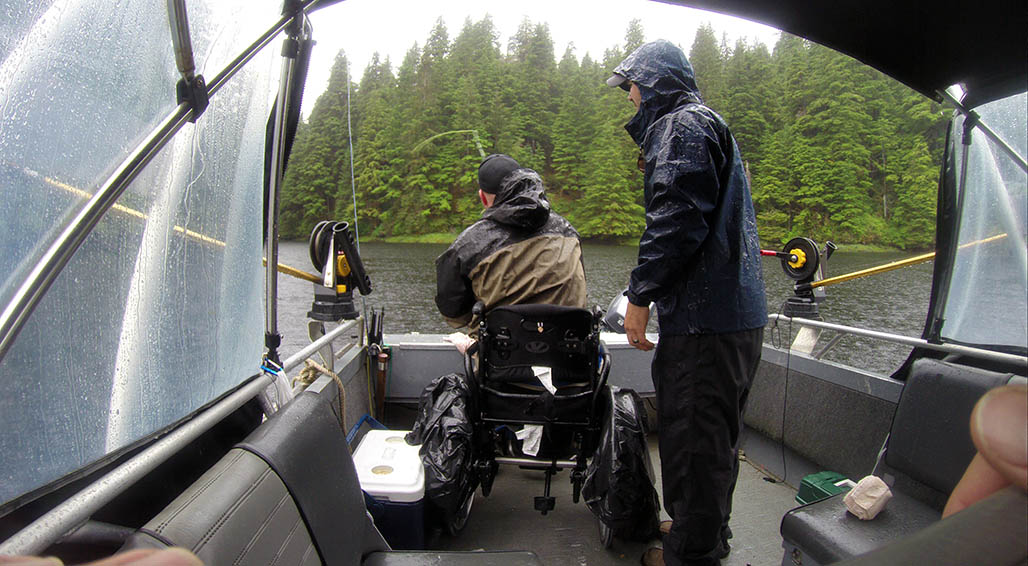 The rain picked up quite a bit, and everyone agreed that Healing Towers was more comfortable. While napping, I had a haunting reminder dream of my halibut. Man that would’ve been a lot of meals… The last night for Ed, Cleave and I would be the feast of all feasts for the week. More local friends of Garry’s and the program showed up. I can’t even describe how delicious the meal Susan, Stacy, and Virginia prepared was. Steak, crab, gigantic shrimp, halibut, and other stuff I can’t even remember all made their way into my stretched belly. Just as I was about to get up from the table, Garry grabbed my arm. “Wait for it,” he said. Just a couple minutes later, two enormous desserts were brought out. I mean enormous. It’s quite possible that I ate the same amount in dessert as I’d eaten for supper. But man it was worth it. We hung around and shared stories for the remainder of the evening. It was that kind of in between feeling, where I was sad to be leaving such an amazing place and newfound friends, but absolutely stoked to be with my family again. We all walked, very slowly and bloated, back to the HRB for one last night. Tomorrow, we’d be going home. 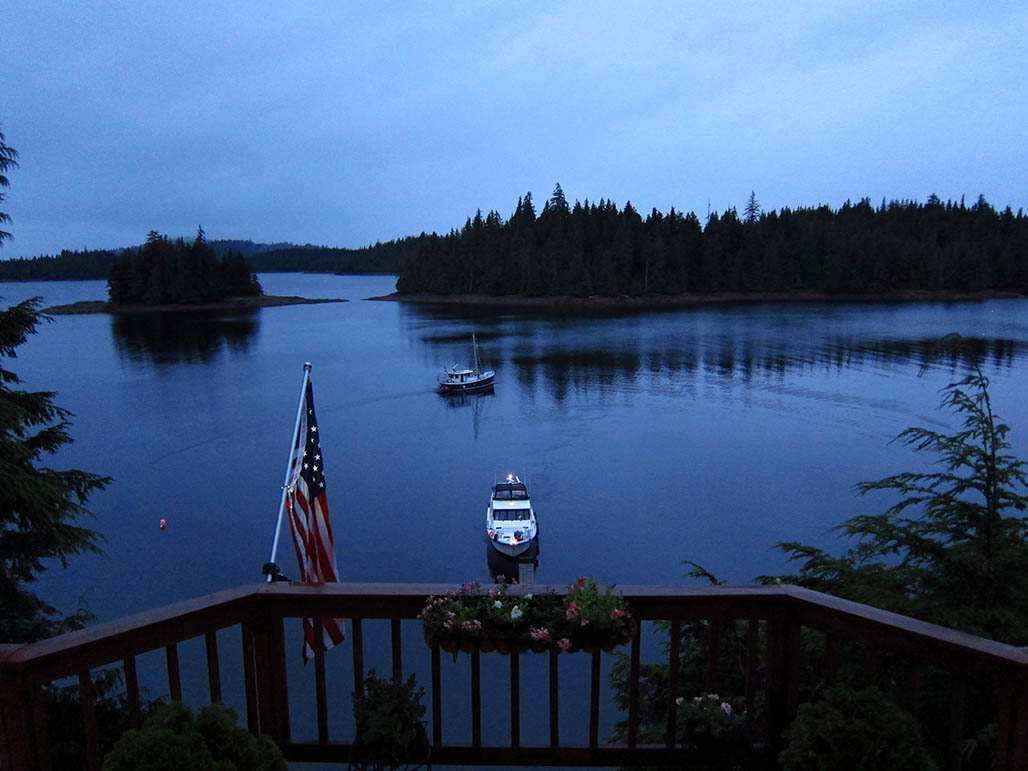