The last and final day of my Healing Towers adventure. What a trip. There were so many firsts and so many memories made. I woke up so excited to be on my journey back to my family. And of course to show everyone the hundreds of pictures taken. Ed and Cleave had an early flight out, but mine wouldn’t be until that afternoon. So to pass the time before my flight, Garry planned a special thing for me. I’d be going on a tour called Bering Sea Crab Fishermen’s Tour. Garry told me that I needed to tell them I was with him when I got to the ship. I did, and Captain Terry told one of his crew that I was a special guest and my money was worthless. 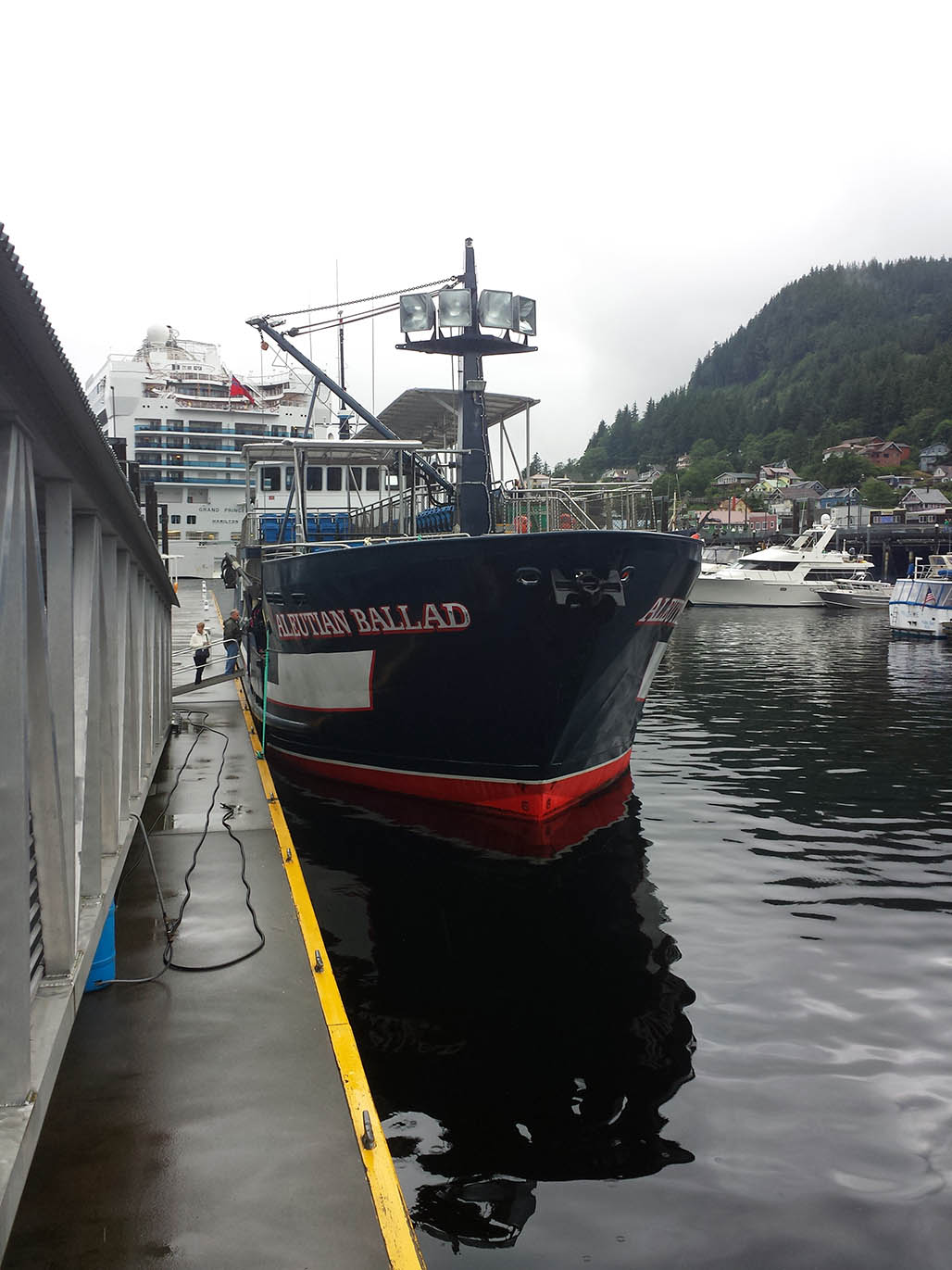 I went looking around once on the ship, and saw this… 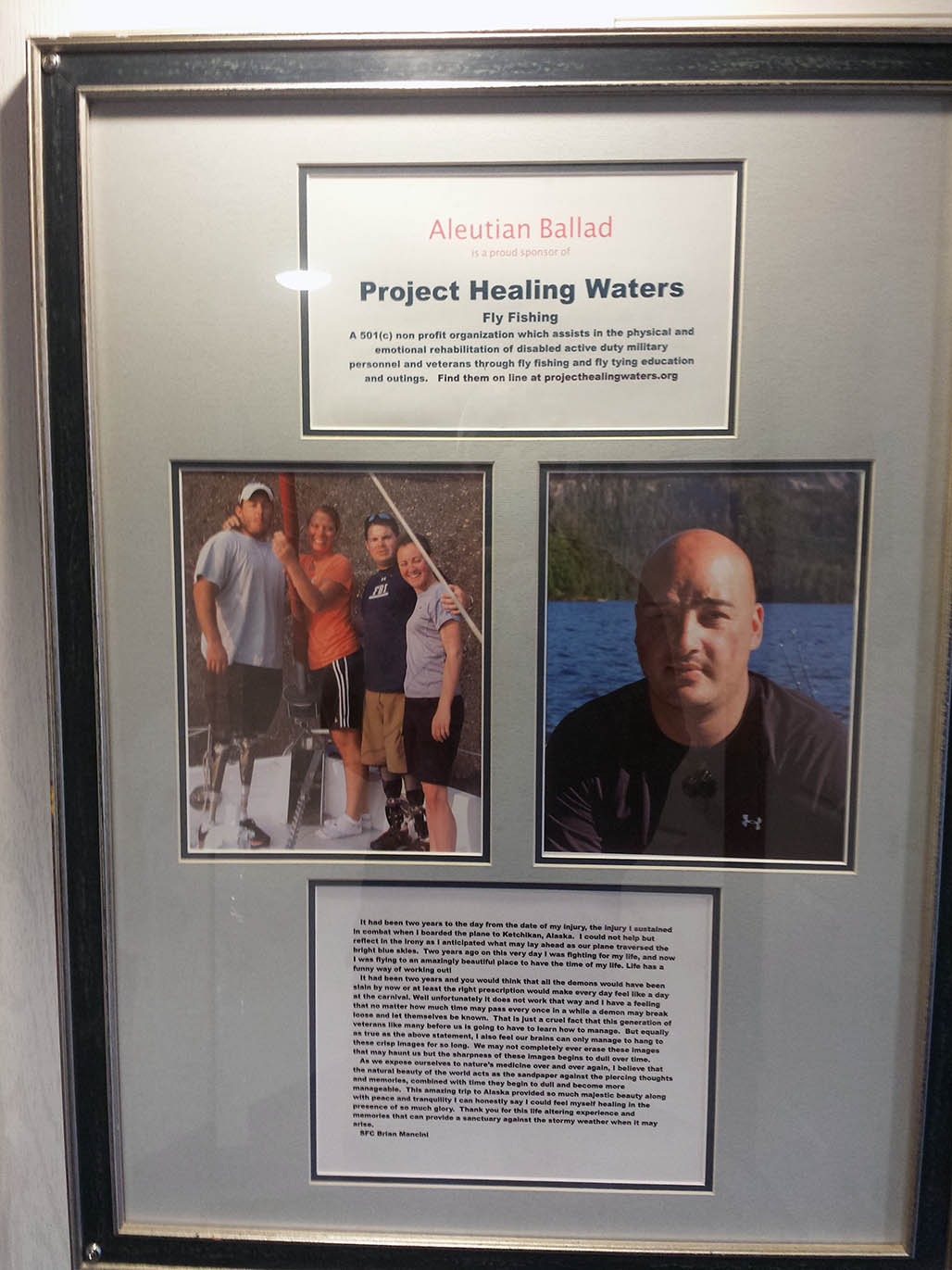 It was cold and rainy, so I enjoyed sitting there watching people that were not the “outdoorsy” type on the verge of having conniptions. Once the tour started, they had these heaters overhead that started cranking out some serious heat. It was a pretty slick setup. The crew introduced themselves and gave a little history of the ship, Aleutian Ballad, as well as themselves. I really had no idea the level of danger involved in this kind of job. It was pretty amazing to watch the videos.

The tour consisted of showing us the different ways of catching various crabs indigenous to the region, as well as some other stuff. They showed how a barrel is used to catch octopuses. It was amazing to see how strong the suction was on this small octopus. I can only imagine the strength of a huge one! 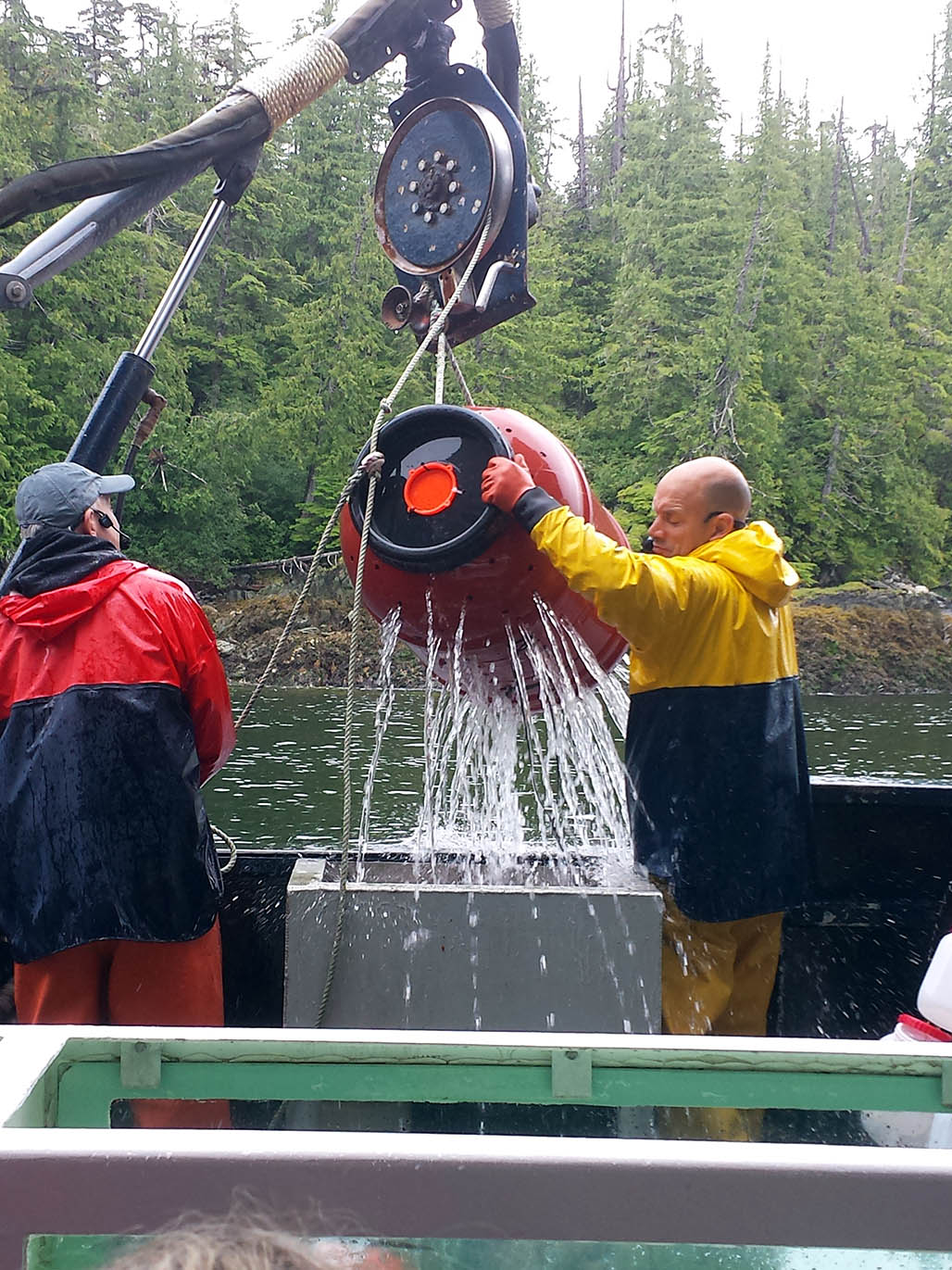 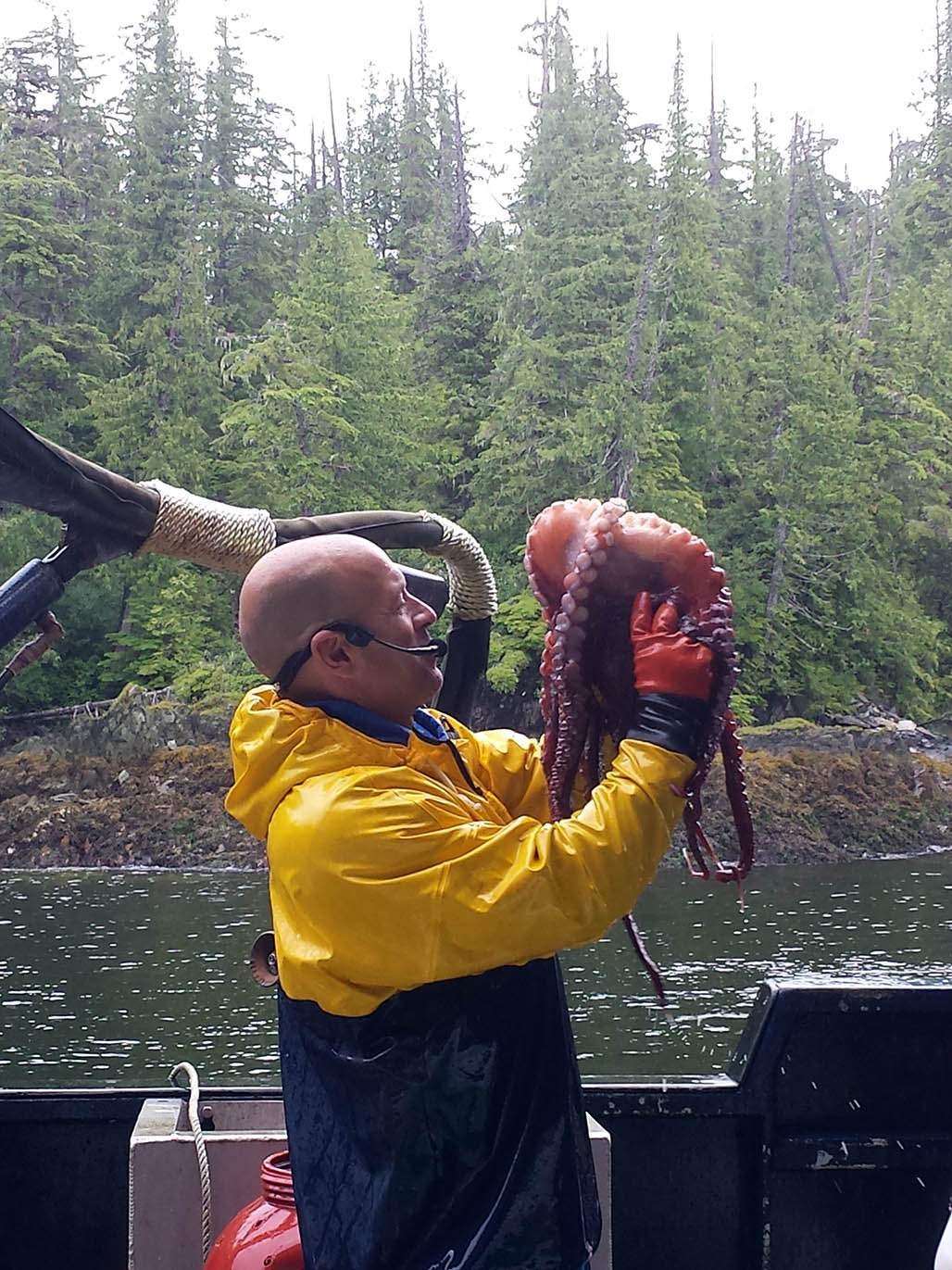 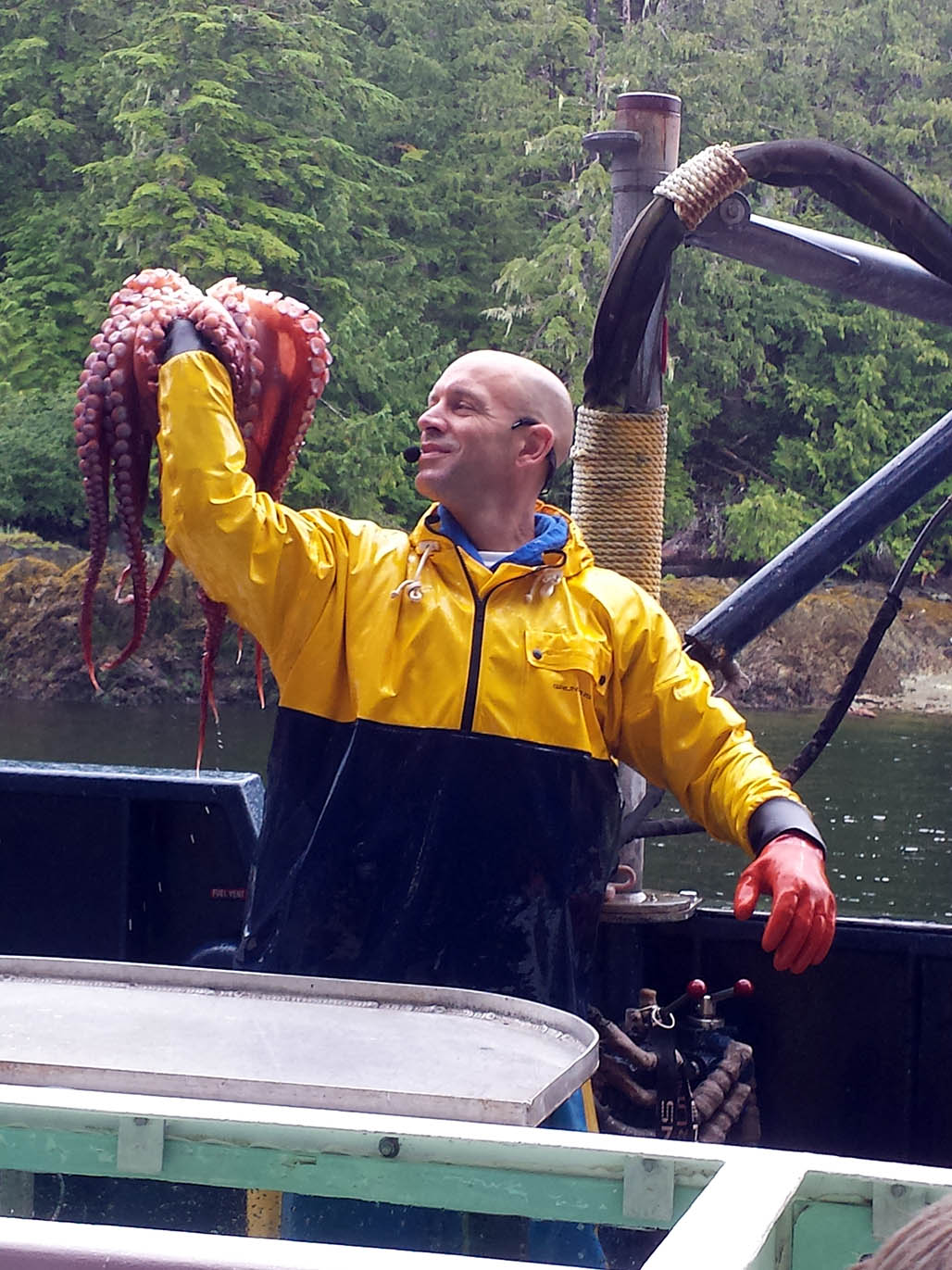 I couldn’t help but feel like this guy was just trying to make me hurt flaunting his 26 arms. Well it worked starfish, it worked. 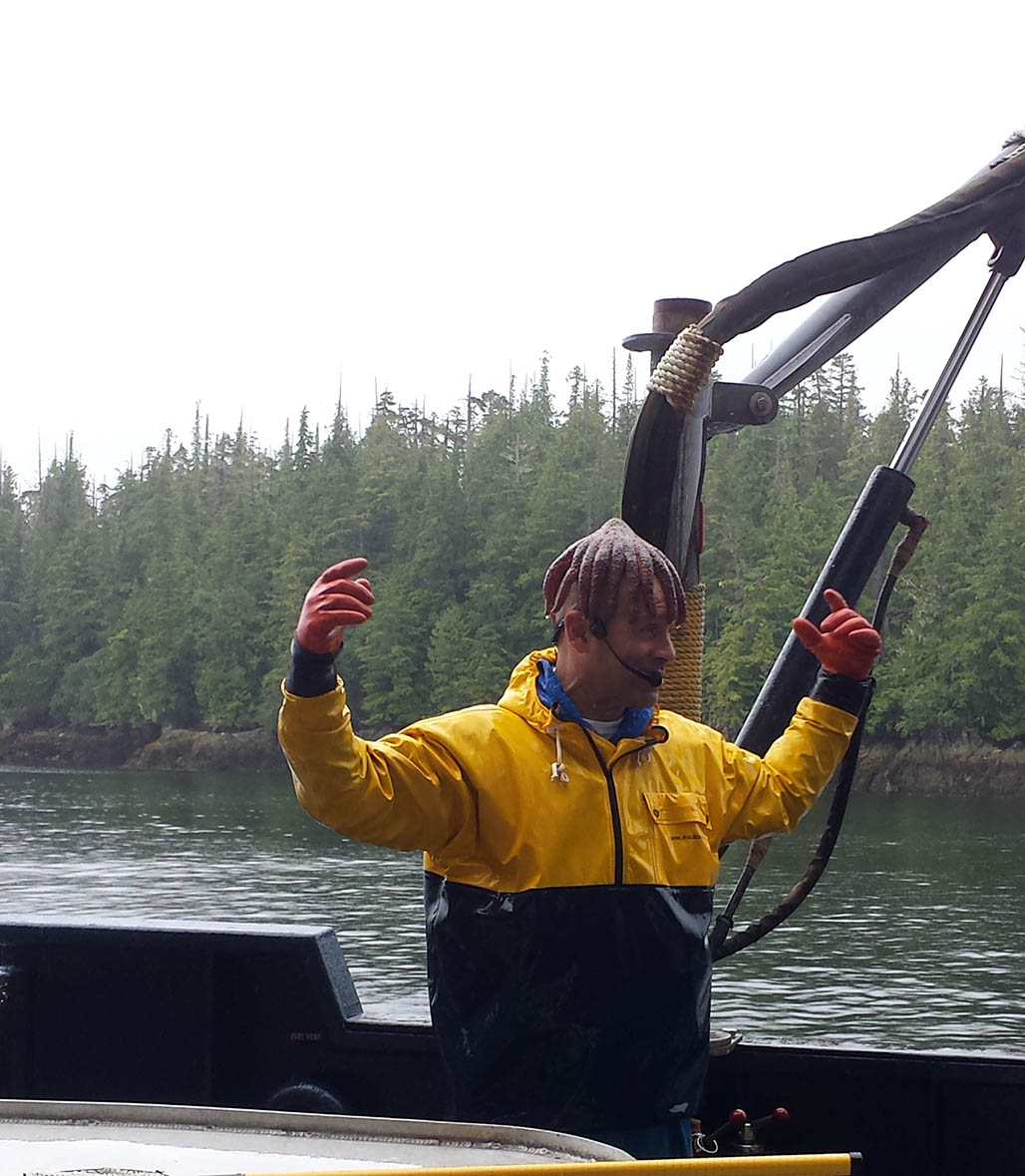 The crabs were surprising cool to learn about. I really didn’t know much about crabs other than I loved catching and eating blue crabs when I would visit my uncle’s river house in Deltaville. There were some pretty sweet kinds that I didn’t even know about. The coolest were straight up transformers. They’re called box crabs, which makes complete sense. 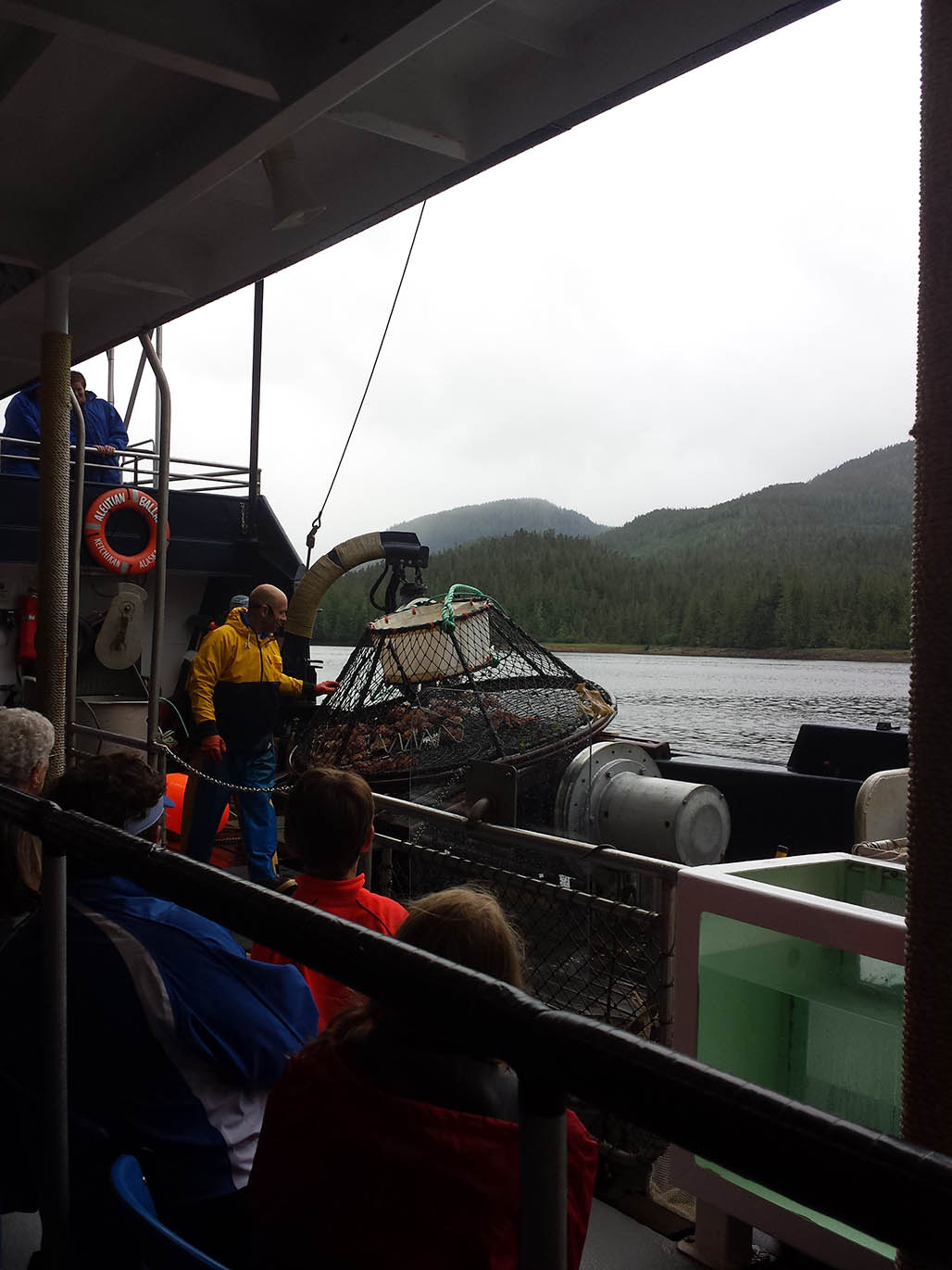 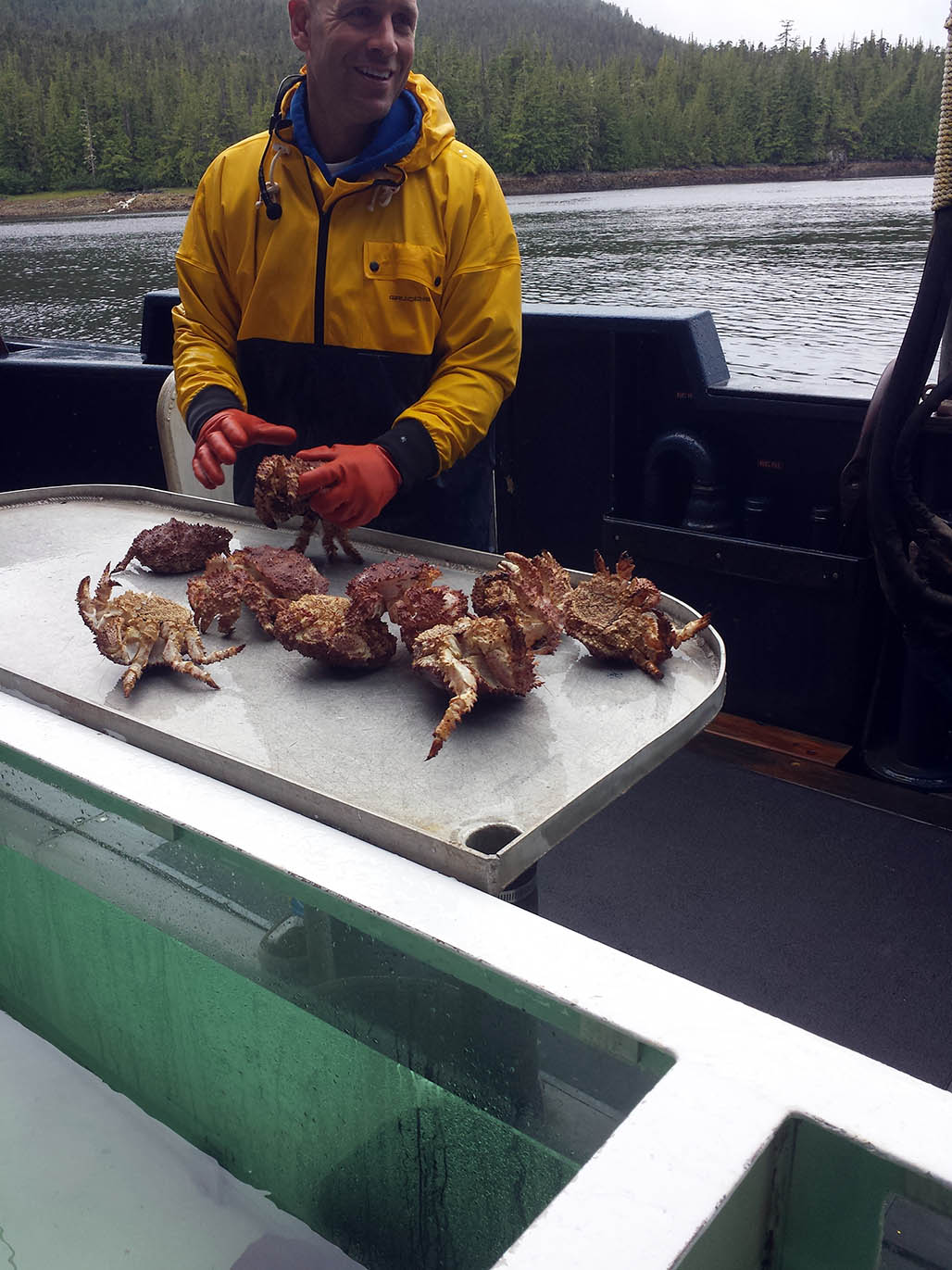 The biggest were the infamous Alaskan king crabs. I’ve always wanted to see a live one since the first time I saw the legs packed in ice at the local grocery store. As a kid, they looked like legs of a sea monster. They were still pretty beastly looking. 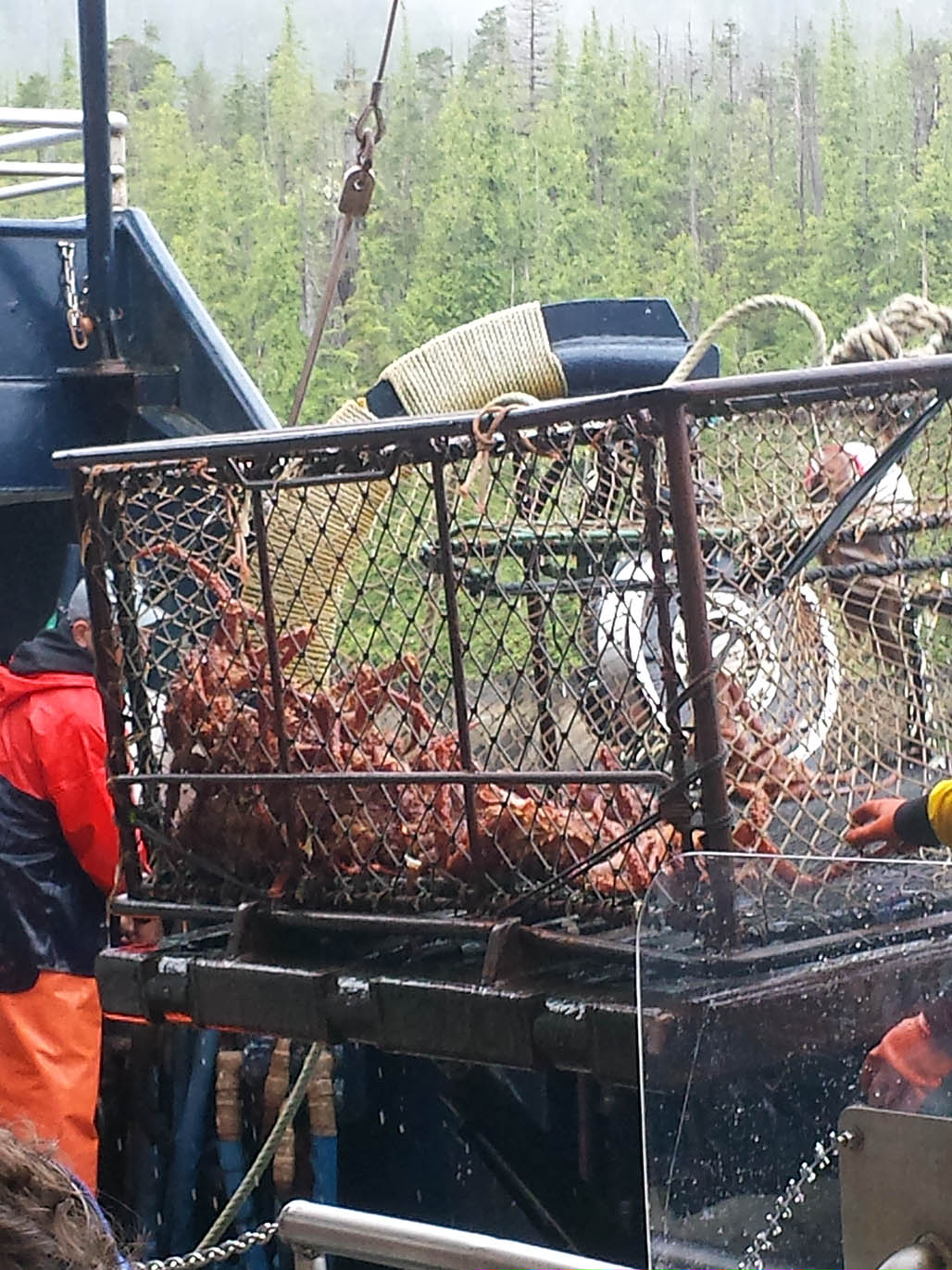 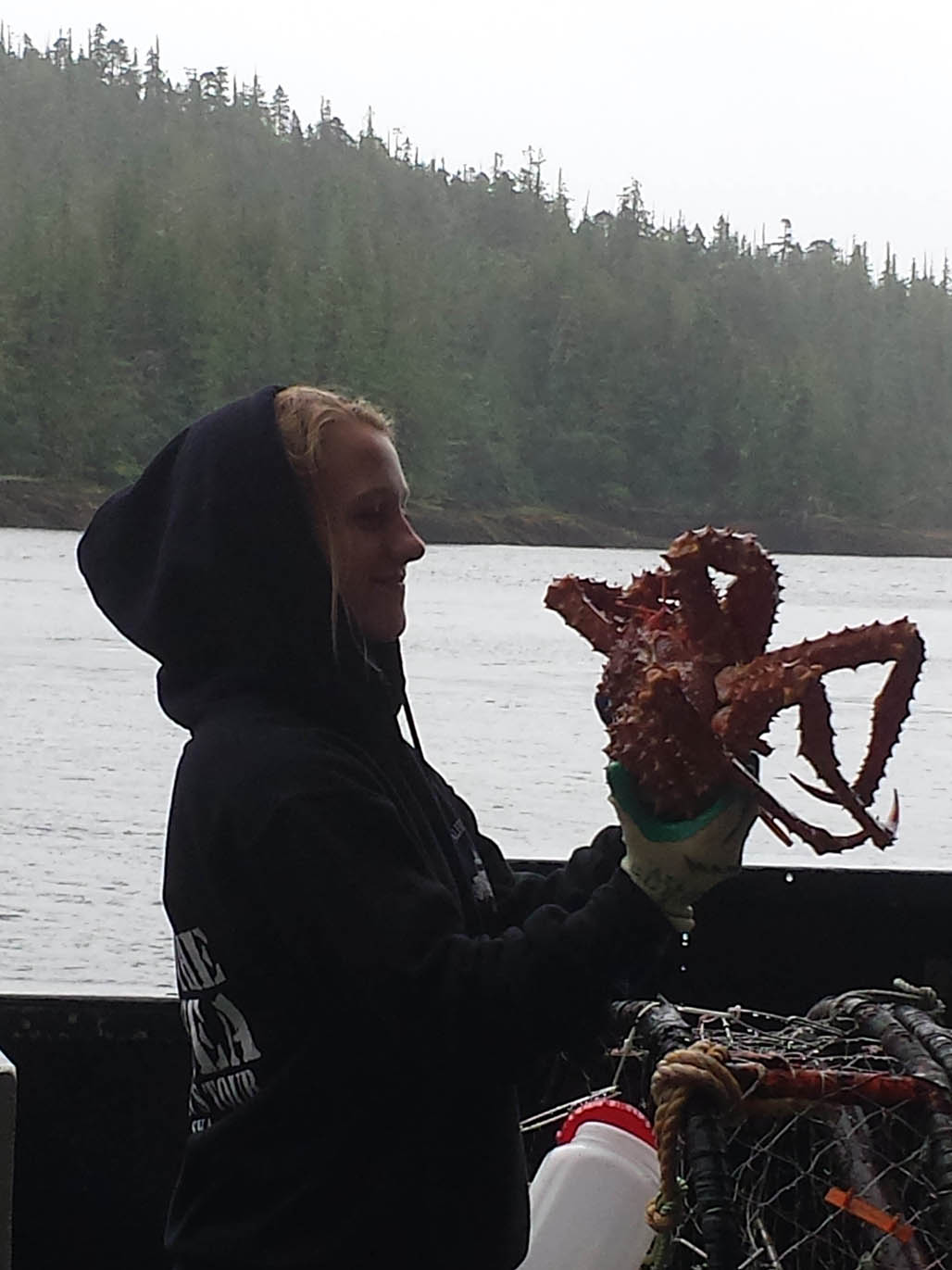 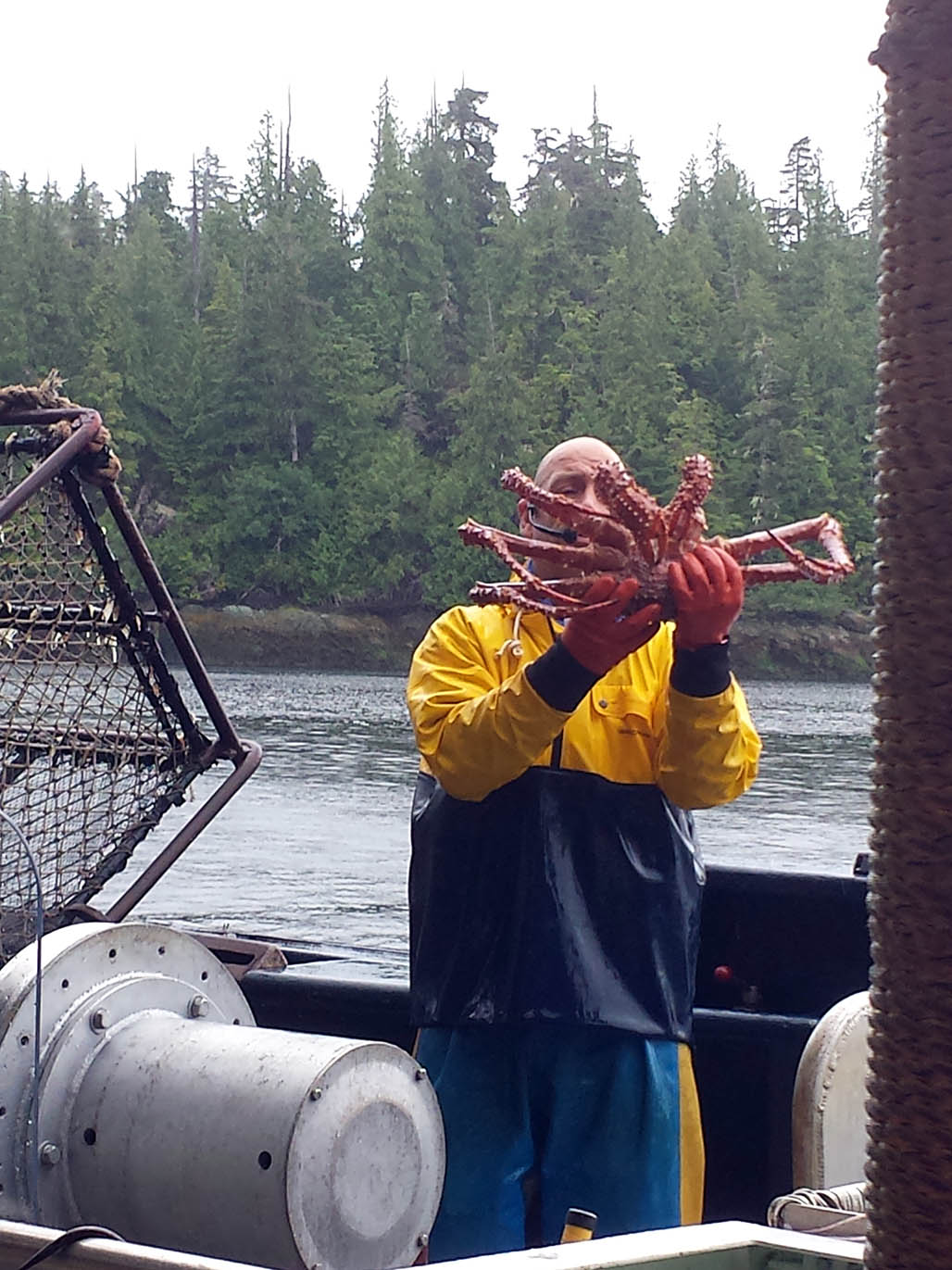 At the end of the tour, Captain Terry took the time to thank everyone for coming out for the tour. He paused midway speech and said, “I’m probably gonna embarrass this young man….” I knew what was coming. He went on about his respect for the military and how the crew has found great pleasure in working with Project Healing Waters Fly Fishing over the years. It was honest and heartfelt. He didn’t have to do it. He spoke from the heart, and I can always tell when someone is not. I stayed after the tour and after everyone had left to personally shake his hand and let him know how much I appreciated his kind words. He quickly turned it around on me and thanked me for my service. These are good people and I encourage anyone to spend their money on this really cool tour. 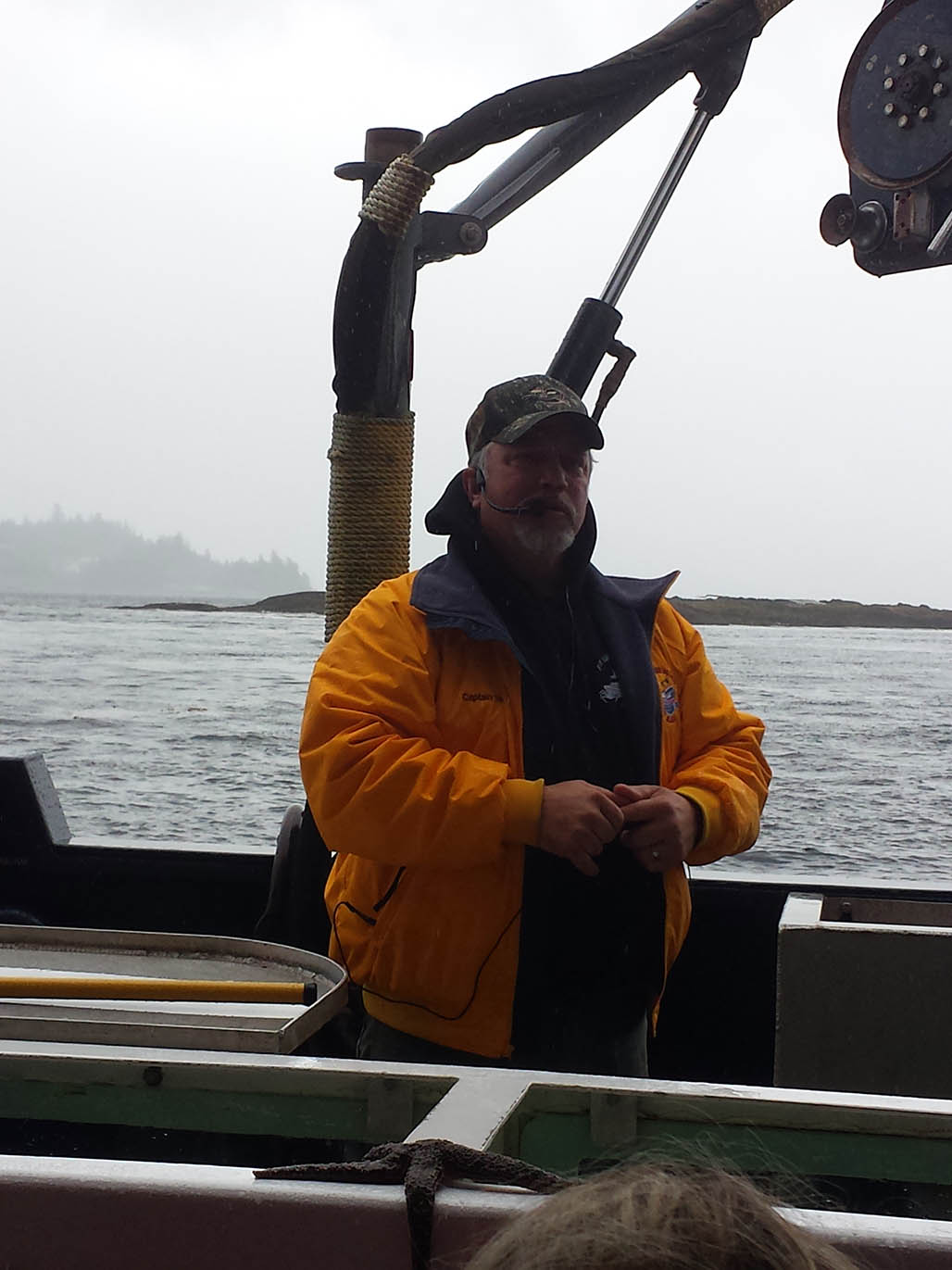 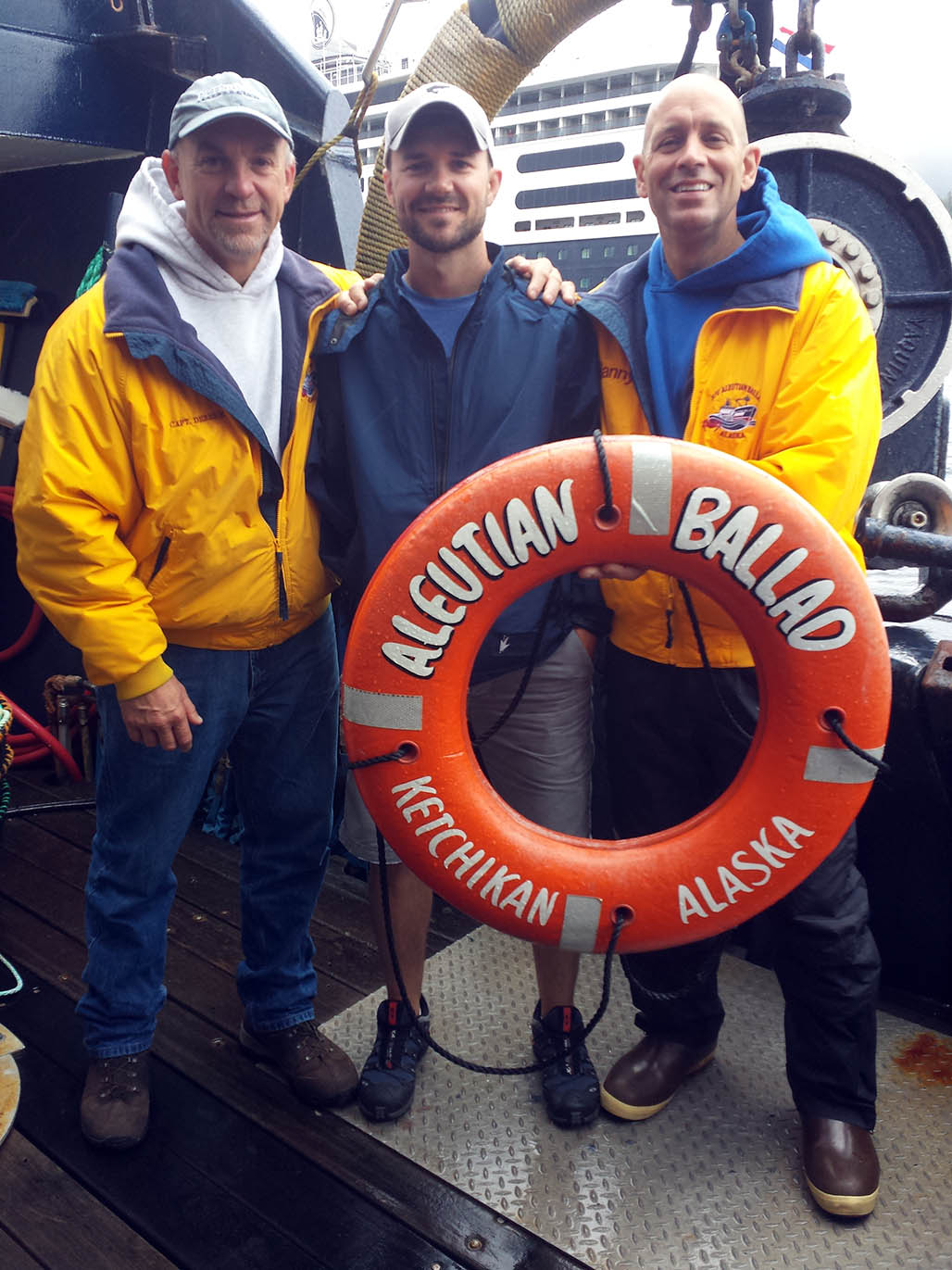 I had some time to spare before meeting Susan and Stacy for lunch before they took me to the airport. It was time to get some souvenirs. I am not one who really believes in all that mess, but this place had some really cool stuff at surprisingly great prices. I got Lisa, Emma Jo and Wyatt all taken care of in less than 30 minutes. Susan, Stacy and I had a great lunch and parted ways at the airport. As I stood in line for TSA, I reflected on the kindness I experienced while on this trip. What an amazing time. Those thoughts were postponed as my mind comprehended what my eyes happened upon. Observe. 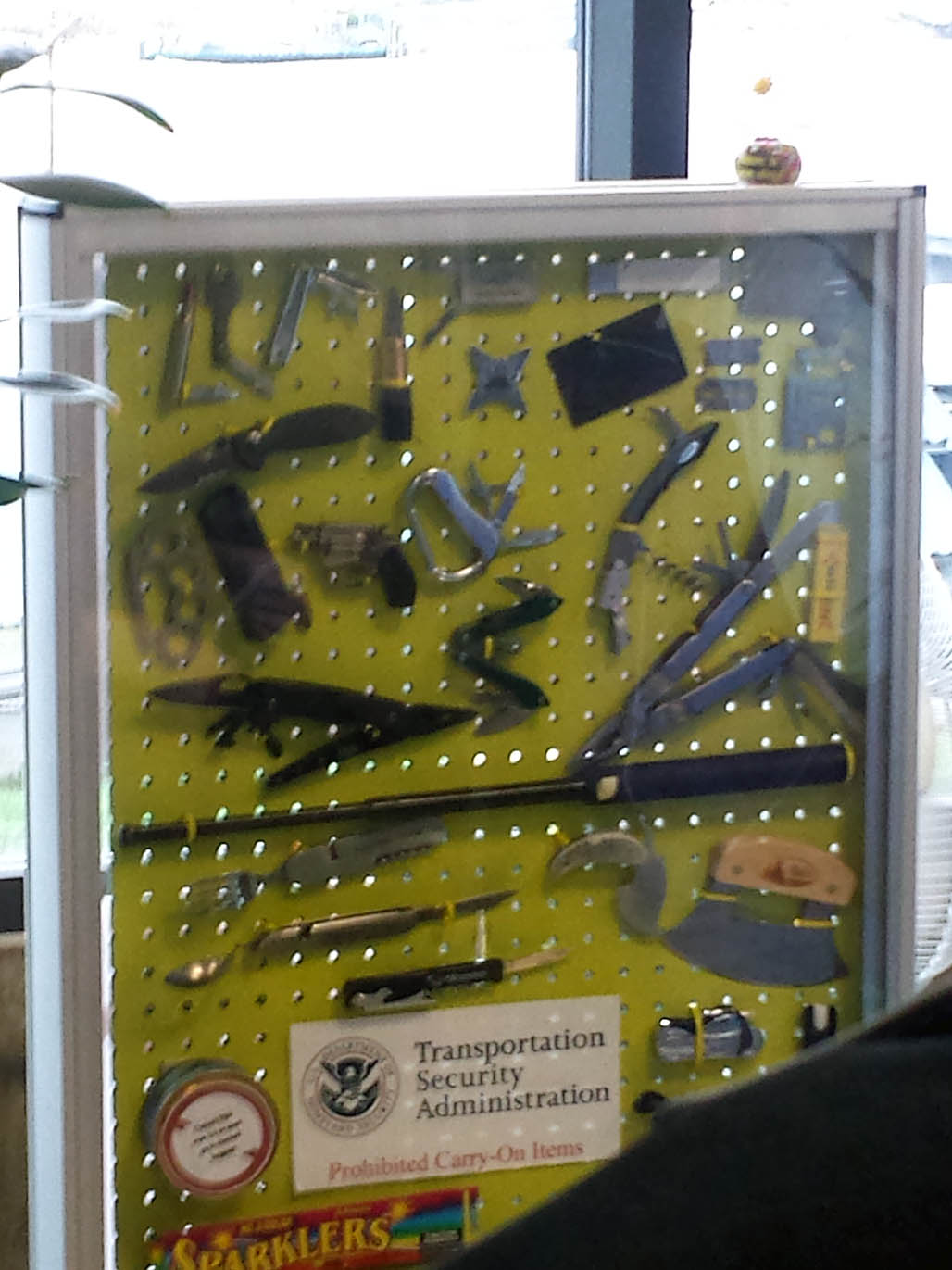 Impressive collection, yes? Who remembers the Juicy Fruit shock gum? And how awesome are the lipstick knives? The flight to Seattle was smooth. I’d be catching the red eye back home, so when I got there I had a lot of time to spare. So I grabbed a bite to eat and worked on some school work and a test I had to make up due to the trip. I took this next picture to show how refreshing it was to be back in civilization. I was really getting used to seeing a beautiful clean Earth, so thanks to all who are not able to take their trash and put it in one of the 746 trash cans in the airport. I will never understand this. 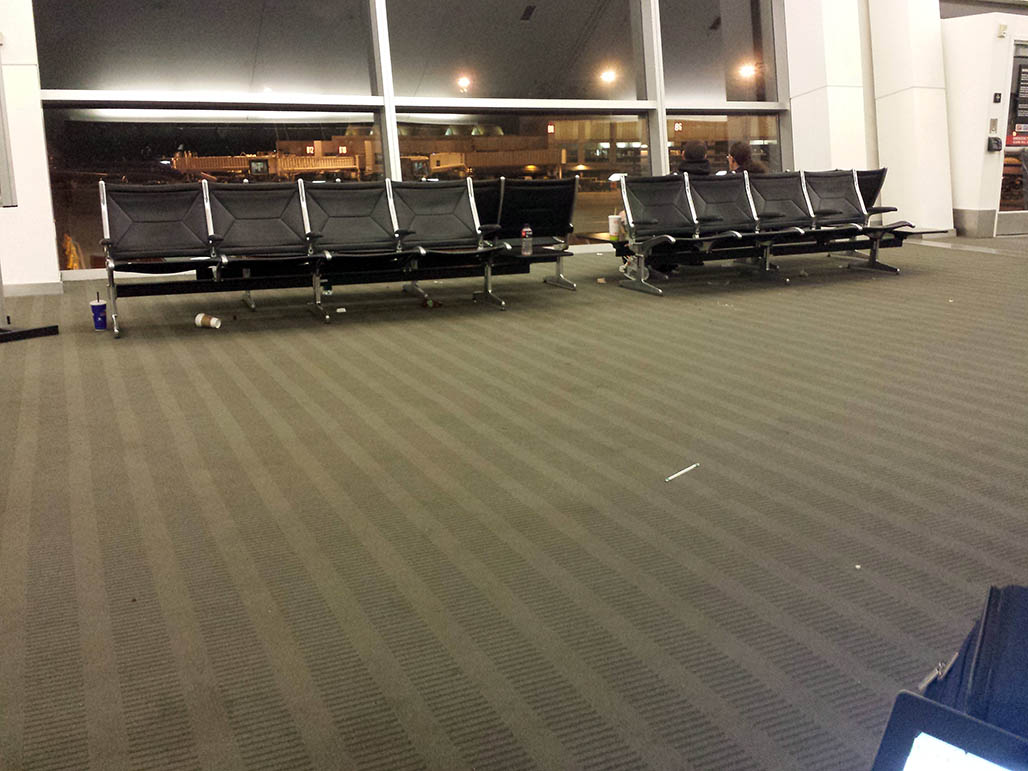 I got off the plane in Roanoke and was overwhelmed with that same feeling I’d experienced in that same corridor a year earlier after my amazing trip to see my friend Tony in England. Only this time, Wyatt was around. I cannot believe how much I love this family I’ve made. Speaking of the trip to England, who remembers the luggage fiasco? Yep, y’all know where this is heading. The airline, a different one mind you, temporarily lost my bags. Only this time I was prepared enough to at least pack the souvenirs in my carry on. The bags were delivered the next day and all was well.

This was quite a trip. I am blessed to have been a part of something so special. And it was even better to have experienced it with Cleave and Ed. Everyone knows that I hold PHWFF very dear. But no one other than a previous participant really knows the level of which the program heals. Not even Ed Nicholson. Ed has seen hundreds go through this program that started in his head. He’s seen countless vets get turned around. To go from feeling like they have nothing to live for, to feeling normal for a change. He’s seen me go from a bitter, closed-off 23 year old asking his mother who’d want him now to a 31 year old with a gorgeous angel for a wife that gave me the two most amazing children I could dream of.  A soldier questioning his future purpose, to an undergraduate working as a mechanical engineer. From someone who had to have his shoes tied for him, to an owner of a fly fishing business selling gear online, tying flies and guiding people on the water. I’m just one story; there are hundreds. I hold God responsible for all of these blessings in my life, and support from my family while at Walter Reed starting my life over, but Ed Nicholson and John Bass were the sparks that lit the fuse to recovery. Anyone in my family will tell you how much of an impact the program has made on me. I think that’s why so many of us turn around and give back. Not because we feel a duty to, but because we genuinely want to, just like Captain Terry and his speech.

And Garry and all the work he’s done and continues to do deserves much attention too. He honestly doesn’t like to be in the spotlight. He would much rather be working in the background, not getting his much deserved recognition. I only hope my sharing of this trip gives a fraction of the recognition he so warrants. Anyone who has had the blessing of being a guest of the HRB and Healing Towers is fully aware of the time, money, and endless work Garry puts in to this program. There are many great friends I’ve met through this program, and I am so proud to count these two selfless men in the bunch.